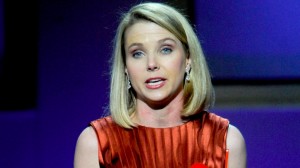 After causing uproar by calling all of its telecommuters back into the office, Yahoo is trying to quell some of the bad publicity.

Yahoo last week issued a memo to employees that the company was ending work-at-home agreements. As of June, all Yahoo employees must work in a company office.

The news, which came from a leaked employee memo, caused a stir inside and outside the tech sector.

After days of headlines and international attention about Yahoo and what this move could mean for the tech industry, the company issued a brief statement.

“This isn’t a broad industry view on working from home,” the company said. “This is about what is right for Yahoo, right now.”

With the rise of the Internet, and employees working long hours, including nights and weekends, it has become standard business thought that allowing employees to work from home, at least part of the time, is good for work/life balance. It also increases the time people spend working instead of driving into work or riding commuter trains.

“To become the absolute best place to work, communication and collaboration will be important, so we need to be working side-by-side,” according to an HR memo. “That is why it is critical that we are all present in our offices. Some of the best decisions and insights come from hallway and cafeteria discussions, meeting new people, and impromptu team meetings. Speed and quality are often sacrificed when we work from home. We need to be one Yahoo, and that starts with physically being together.”

That message, and the reasoning behind it, has had a lot of people questioning Mayer’s decision, along with the overall thought behind telecommuting.

“It is seen as very anti-employee and could, by itself, reverse Yahoo’s recovery,” said Rob Enderle, an analyst with the Enderle Group. “What it could do is drive employees away from the company and make it harder for Yahoo to hire. It also could decrease employee morale and productivity.”

Twitter, the blogosphere and TV news shows were talking about Yahoo’s decision, with people vehemently agreeing and disagreeing with the new policy.

“This involves the Silicon Valley work style of work long and hard, but under flexible conditions,” said Ezra Gottheil, an analyst with Technology Business Research. “People were taking it pretty personally. But companies have a culture, and that culture changes over time. I wouldn’t be surprised to find that Yahoo’s culture had led to problems with remote workers.”

While it’s good to have an industry-wide dialogue about employees and business policies, Yahoo’s decision is solely about Yahoo, noted Patrick Moorhead, an analyst with Moor Insights & Strategy.

“For Yahoo, this may be a good move, as there must be something out of alignment,” Moorhead said. “Only Yahoo knows what is good for Yahoo as it relates to work-at-home policies.”

“I don’t think this has any wider implications,” he added. “Yahoo is viewed as a company in trouble and transition, so few companies will relate to it and take action in their own companies. If Google, Facebook, or Microsoft issued the same kind of statement, it would impact other companies.”

Though other companies may not be quick to follow Yahoo’s lead on telecommuting policies, it may be a tough transition for people working at the Internet company.

“They will likely find, as others have, that making what should be first-line manager decisions from the top tends to go badly for the company,” Enderle said. “It is actually a misuse of executive privilege. Decisions with regard to where employees work need to be kept close to the employee and be granular.”