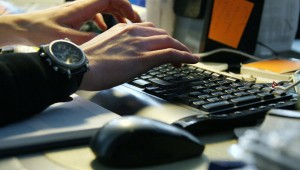 A cyber espionage operation dubbed MiniDuke has targeted government organisations in as many as 23 countries, security vendors said on Wednesday.

The malware used in the spy operation was created as recently as February 20, an indication that the attackers are still active, said Kaspersky Lab, which uncovered the criminal activity with its partner CrySyS. The cyber spies’ location and identity is not known.

Targets of the attackers included 59 institutions and government offices. In the U.S., victims included think tanks, a research institute and a healthcare provider, Kaspersky said.

The security companies named the malware MiniDuke because it reminded them of Duqu, another data-gathering app that some researchers have linked to Stuxnet. Discovered in 2010, Stuxnet was used to damage centrifuges in Iran’s nuclear facilities. The U.S. and Israeli governments developed the malware, according to media reports.

Despite some similarities, there’s no evidence MiniDuke is connected to Duqu. Nevertheless, the newly discovered malware has some interesting characteristics.

The files were rigged to exploit an Adobe Reader vulnerability patched this month. FireEye discovered the previously unknown flaw on February 12. The vulnerability, which is in Adobe Reader versions 9, 10 and 11, enables an attack to bypass the software’s sandbox.

Another interesting element is in the way the malware makes contact with its command and control servers. The app drops into the victim’s hard drive a downloader that is only 20KB in size, is unique for every computer and contains a customised back door. The downloader uses a set of mathematical calculations to determine the host’s unique fingerprint and then uses that data to encrypt its communications.

Once installed, the malware heads to Twitter in search of specific tweets in accounts created by the attackers. The tweets include tags with encrypted URLs that provide access to the C&C servers, which upload additional back doors disguised as GIF picture files.

If Twitter is not working or the accounts are taken down, the malware uses Google search to find encrypted URLs. “This model is flexible and enables the operators to constantly change how their back doors retrieve further commands or malcode as needed,” Kaspersky said.

Once the additional back doors are installed, they fetch a larger back door that carries out the cyber espionage activities. Those activities include copying, moving and removing files, making a directory, setting up a kill process and downloading and executing new malware. The back door receives instructions from two servers, one in Panama and the other in Turkey.

Cyber espionage is rising as countries and cyber criminals use sophisticated malware to steal valuable information from government entities, institutions and large corporations. While not alone in cyber spying, China is believed to have one of the most extensive cyber intelligence operations.