UAE-based global satellite operator Yahsat has announced that the ‘Al Yah 3’ satellite has successfully arrived at its launch site in Kourou, French Guiana. The satellite, the third in Yahsat’s fleet, is scheduled to be launched on an Arianespace rocket on 25th January 2018, according to the state news agency WAM.

Al Yah 3 is a Ka-band high-throughput satellite that will expand Yahsat’s coverage to an additional 19 markets in Africa and marks Yahsat’s entry into Brazil. The satellite’s footprint will cover 60 percent of Africa’s population and more than 95 percent of Brazil’s population. 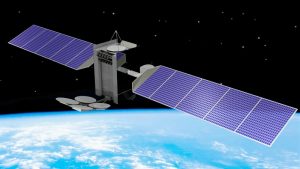 “Al Yah 3 is a significant milestone in realising our vision at Yahsat. We look forward to the successful launch and after that furthering our ambitions via future missions to support more growth for YahClick, and for our other business lines such as commercial in-flight connectivity,” said Marcus Vilaca, Chief Technology Officer at Yahsat.

“The satellite’s successful delivery highlights the teamwork and co-operation between Orbital ATK and Yahsat that brings us one step closer to advancing our customer’s goals,” said Amer Khouri, Vice President of the Commercial Satellite Business at Orbital ATK. “With the satellite now in Kourou, we look forward to working with both Yahsat and Arianespace to prepare for a successful launch on 25 January.”

The manufacture of Al Yah 3, which is the first hybrid electric propulsion GEOStar-3 satellite to be completed by Orbital ATK, involved a project management team comprising Emirati engineers who have been based at Orbital ATK’s satellite manufacturing facility in Virginia, US.