With the stock market listing of its national oil company stalled, Saudi Arabia is scrambling to boost the coffers of the sovereign wealth fund spearheading a risky plan to diversify its economy, AFP reported. 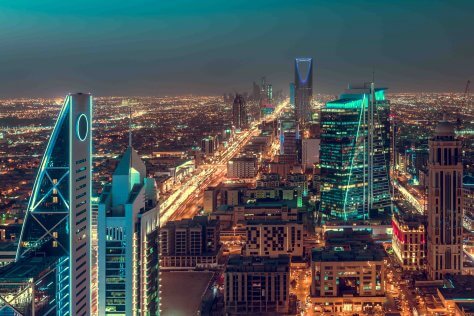 The Public Investment Fund had sought to raise billions of dollars through the initial public offering of Saudi Aramco — dubbed as potentially the world’s biggest stock sale — to finance the kingdom’s transformation from a petro-state to a tech-focused economy.

But with the flotation indefinitely postponed, the PIF is taking radical steps to boost its treasure chest with much-needed cash to finance a slew of non-oil investments — from risky hi-tech start-ups to a new mega city, said AFP.

“Much of the ambitious economic and social plan to diversify the Saudi economy, jump-start its private sector and create jobs for young people relies on the PIF as an orchestrator of economic growth,” said Karen Young of the Arab Gulf States Institute in Washington.

“In fact, the PIF is so central to the government’s growth strategy that finding resources to feed the PIF has become a national economic priority,” she wrote in a report for the institute.

Pivoting the desert kingdom’s economy away from oil, akin to what observers describe as turning around a large, lumbering ship, is a key priority for Crown Prince Mohammad Bin Salman.

When the Aramco IPO was proposed in 2016, Saudi officials had expected it would raise up to $100 billion (Dh367.3 billion) to fund his reform agenda, based on a $2 trillion valuation of the state-owned giant that many experts said was unrealistic.

The AFP report noted that with IPO efforts floundering, the once-torpid PIF, which aims to raise its assets from roughly $230 billion to more than $2 trillion by 2030, is aggressively pushing a host of big-ticket investments — from Uber to the planned $500 billion NEOM mega city on the Red Sea coast.

The fund has also invested in British tycoon Richard Branson’s space tourism company Virgin Galactic and pledged tens of billions of dollars to funds run by SoftBank and Blackstone.

Some analysts have voiced concern over the PIF’s “spend to grow” strategy as it pursues what are seen as flashy deals rather than long-term investments that deliver secure returns and generate jobs as unemployment soars, said AFP.

“The PIF’s pattern of investment very much resembles that of a venture capital fund and that is concerning for a fund that will, by necessity, have to generate steady returns in the long run,” Ellen Wald, author of the book ‘Saudi Inc’, told AFP.

Since 2016, the PIF has made external investment commitments worth 360 billion riyals ($95 billion; Dh352.31 billion), according to the International Monetary Fund, including stakes in high-risk tech firms such as electric car company Tesla.

“Investments in technology companies will not transform Saudi Arabia’s economy nor will they diversify the economy’s sources of revenue away from oil,” said Wald.

The PIF did not respond to requests for comment.

Meanwhile, the postponement of the Aramco IPO is seen as a reflection of the kingdom’s stronger fiscal position following a recent rise in oil prices but also dimming optimism over reforms.

“The postponement of the IPO implies that the economic diversification envisaged by the government will either need to be scaled back or financed by higher direct or indirect public-sector debt issuance,” according to ratings agency Moody’s.

“If the PIF is to fulfil its ambitious plans in the coming years, it will need additional financing,” the IMF said in a recent report.

It added that for some investments, the government may need to draw from its reserves at the Saudi Arabian Monetary Authority (Sama), which stand at just over $500 billion.

To raise money, the PIF is mulling the sale of a “strategic stake” in Saudi petrochemicals giant Sabic to Aramco, a potential deal that Young described as “accounting gymnastics”.

Sabic, the world’s fourth largest petrochemicals company with a market value of over $100 billion, is 70 per cent-owned by the PIF.

Further complicating PIF’s ambitions is nervousness from foreign investors after a diplomatic row over Canada’s criticism of the jailing of Saudi rights activists and the arrest of high-profile businessmen at Riyadh’s Ritz-Carlton last year.

The moves, experts say, have heightened concerns over Prince Mohammad’s increasingly assertive policy and the impact it would have on foreign direct investment, which a UN body said plunged last year to a 14-year low.