The Global Islamic Economy Summit 2018 in Dubai concluded with a call for halal industries to embrace innovative technologies in order to ensure their sustainable growth.

Held under the patronage of Sheikh Mohammed bin Rashid Al Maktoum, Vice President and Prime Minister of the UAE and Ruler of Dubai, the event was organised under the theme “A Shared Future”, and examined the latest trends and technologies impacting halal economy sectors, as well as new opportunities and challenges faced by industry players.

The summit, organised by Dubai Chamber of Commerce and Industry and the Dubai Islamic Economy Development Centre featured 16 interactive sessions that were joined by 62 speakers who shared their valuable insights and perspectives on the changing dynamics of the Islamic economy.

Majid Saif Al Ghurair, Chairman of Dubai Chamber and Board Member, DIEDC, said, “Dubai is the centre of the global Islamic economy and the stature and success of this event furthers the vision of Sheikh Mohammed bin Rashid Al Maktoum to place the emirate as a hub of Islamic commerce, culture and art. GIES 2018 distinguished itself with open and constructive dialogue about the challenges faced by industry players, as well as the opportunities that are being created by advanced technologies, such as blockchain, machine-learning and digital currencies.”

For his part, Abdulla Mohammed Al Awar, CEO of DIEDC, highlighted the transformation of the Global Islamic Economy Summit over the years into a landmark event that plays a key role in the development of the Islamic economy, through convening stakeholders, decision makers, and leading industry experts from around the world.

Al Awar said that the fourth edition of the summit succeeded in translating its theme A Shared Future into reality through productive discussions resulting in international partnerships that have the potential to enhance global financial security and socioeconomic stability.

He pointed out that the collaborations will also drive the advancement of the Islamic economy, valued at more than $2.1 trillion in 2017, and pave the way for sustainable growth across the globe. Referencing the statistics of the State of the Global Islamic Economy Report 2018/19, he noted that the size of the global Islamic economy is expected to exceed $3 trillion by 2023, mainly through expanding investment opportunities across its key sectors.

Highlight sessions on the first day of GIES 2018 included interactive and thought-provoking discussions on how technologies such as artificial intelligence and blockchain could be used to drive growth within the Islamic economy and the array of advantages being offered by China’s ‘Belt and Road’ initiative.

Also on day one, His Highness Sheikh Hamdan bin Mohammed bin Rashid Al Maktoum, Crown Prince of Dubai, honoured the winners of the Islamic Economy Award, which celebrated business that have achieved success with Muslim businesses.

The event also hosted sessions discussing how fast-emerging Fourth Industrial Revolution technologies such as Artificial Intelligence, Quantum Computing and Blockchain are impacting the world of Muslim employment. Another popular session entitled Building Brands from the Islamic Economy for the World, featured three Muslim entrepreneurs who are expanding their brands into the wider global market.

GIES 2018 concluded with an examination of Islamic finance at the session titled, The New SRI? Sustainable, Responsible and Islamic Finance and How Might We 10x The Global Islamic Economy for Our Shared Future?, which took the directive of His Highness Sheikh Mohammed bin Rashid Al Maktoum, Vice President and Prime Minister of the UAE, and Ruler of Dubai to ‘10X’ the emirate and apply this principle to the Islamic economy. 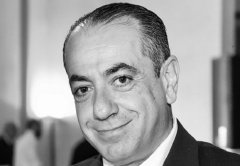 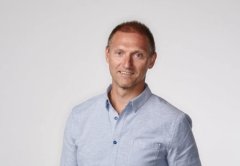 Virsec Delivers an End to Attacks on Server Infrastructure