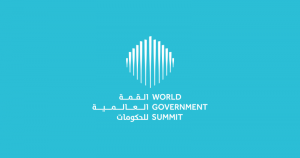 The annual World Government Summit kicks off today to redefine the future of governments and unite efforts to solve universal challenges facing humanity, according to a WAM report.

Sheikh Mohammed bin Rashid Al Maktoum, vice president, prime minister and ruler of Dubai, said, “The human being is the centre of the World Government Summit. Our main aim is to foresee the future of different sectors to improve humanity.” He added, “The summit will unite efforts and ideas to reinforce people’s wellbeing.”

“We have the fundamental opportunity to create dialogue and reflect on how to develop governments to achieve prosperity for people,” he said. “Through the World Government Summit, the UAE seeks to lead the world to a dialogue in technology, future, health and quality of life. Preparing for the future requires flexible governments with greater ability to invest in future tools.”

He added, “Government policies and strategic plans are designed to empower the human being: the pillar of development.”

Sheikh Mohamed bin Zayed pointed out that the summit continues to work on shaping the future of governments, noting that “the event has established a core belief that government learning is a continuous process and that successful government and institutional models could be adopted around the world.”

He added, “Dynamic governments seek to learn and adopt an approach to development and innovation. Hosting this global gathering emphasises UAE’s regional and international position in establishing a pioneering government model.”

The three-day event will bring together over 140 governments to develop government practices, share experiences, foresee and adapt to future challenges to improve human life and wellbeing.

Over 6,000 visitors are expected at this year’s summit, which is set to host over 200 sessions and 16 forums that will address seven main themes. The summit will include 600 speakers ranging from heads of states, top thinkers, leaders and delegates and 30 international organisations. Additionally, 20 reports with latest figures, studies and data will be published during the summit to help decision-makers and officials formulate future strategies.