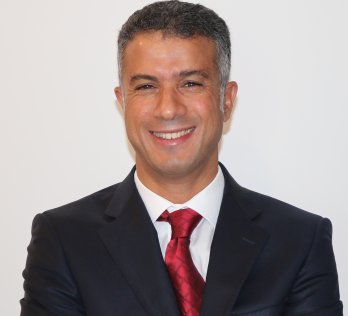 The world has been steadily moving through a digital transformation over the past few years, and this has been further accelerated by the global pandemic. The value of the digital economy worldwide is estimated to be in the range of 4.5% to 15.5% of the global GDP, to the tune of approximately US$ 11.5 trillion[1].

The Middle East is also one of the frontrunners in this global digital transformation journey – a result of a concerted commitment by most of the governments in the region. The UAE, Bahrain, and Saudi Arabia have all launched digital transformation projects and reinforced their commitment to our digital world with the development of advanced technologies such as 5G and AI.

Overall, it is estimated that a 20% increase in the Information Communications Technology investments in a Gulf Cooperation Council [GCC] state leads to over 1% increase in its GDP, according to a whitepaper by Deloitte[2]. The Egyptian government has also dedicated 12.7 billion Egyptian pounds in 2020-2021 to support digital transformation as part of its ‘Digital Egypt’ project.

The number of individuals using internet grew at a Compounded Annual Growth Rate of [CAGR] of 8% from 38 million in 2014 to 56 million in 2019 across the GCC. The use of international bandwidth surged at a CAGR of 46% in the same period, which is an indication of the increasing user demand for more capacity.[3]

Connecting the world – overland and undersea

Supporting this expanding flow in cross-border data are over 30 submarine cables in service in the Middle East and North Africa region, and more than 390 globally.[4] Across the Middle East, the bandwidth is predicted to increase from 74 Tbps to almost 400 Tbps by 2027.

Similarly, the GCC is on the threshold of huge growth in cloud data center sites from Amazon Web Services, Google Cloud Regions, Microsoft Azure, and Oracle Cloud to be launched across the UAE, Qatar, and KSA in the coming years.[5]

Given submarine cables carry close to 99% of the world’s intercontinental electronic communications traffic, it is natural that Middle East’s growing submarine cable network requires access to this global network infrastructure to fully benefit from an international digital economy.[6]

Once submarine cables make landfall, the onus is on terrestrial and mobile network expansion to enable the access to the applications, content, and services. The submarine networking industry has experienced several technology advancements in recent years, most importantly the rapid adoption of coherent optical modems, analytics, and data-driven automation that, together, completely change legacy business models.

Amidst an aggressive growth in the network, the region will also witness an extension of the 2Africa consortium line. The consortium which comprises China Mobile International, Facebook, MTN GlobalConnect, Orange, STC, Telecom Egypt, Vodafone, and WIOCC has announced plans to extend the 2Africa PEARLS branch to the Arabian Gulf, India, and Pakistan.[7] This will bring the 2Africa cable system to over 45,000 kilometers, making it the longest submarine cable system ever deployed.

Meeting bandwidth demands of the future

The potential growth on the Internet of Things (IoT) and 5G across the Middle East, driven by the growing number of public administration and major smart city initiatives, particularly in the GCC, has fueled adoption of IoT, modernised edge networks, machine learning, and 5G in the region, which will lead to increased demand for bandwidth.

The focus is on providing a better broadband experience, with most use-cases revolving around faster data speeds, fixed wireless access and entertainment applications in the oil and gas, finance, and retail sectors, as well as video streaming and online gaming experiences.

According to Frost & Sullivan, the gaming industry in the Middle East and North Africa (MENA) region is estimated to be worth $4.5 billion, with over 100 million gamers in the region. The GCC accounts for about 1.5% of the global gaming market revenue by 2025. The report places Saudi Arabia in the 19th position globally in gaming revenues in 2019, at an estimated $837 million with the sector likely to witness a 22.5% CAGR in the 2019-2025 period.[8]

Similarly, a Research and Markets report states that the Subscription Video on Demand market will cover 27.16 million subscriptions for 20 countries in the Middle East and North Africa by 2025, up from 10.95 million recorded at end-2019. Turkey will remain the country leader, with 11.30 million subscriptions by 2025, it states.[9]

The increased supply of high-quality international bandwidth leads to a reduction in the price of bandwidth and improvement in the quality of experience for end-users. These benefits stimulate ICT diffusion, encouraging higher investment in mobile broadband infrastructure and data centres and supporting higher adoption of broadband.

The combination of a submarine cable network, terrestrial metropolitan fiber infrastructure, data centre assets, and broad interconnect ecosystem all combine to enable digital transformation. This will, in turn, lead to improved economic and social development in the Middle East.