Despite the initial draft of ‘The case for IPv6’ being published by the Internet Engineering Task Force (IETF) back in 1999, adoption of IPv6 is still lagging. As the Internet evolves, organisations must consider migrating to this standard in order to support and facilitate growth and continuity in the market. 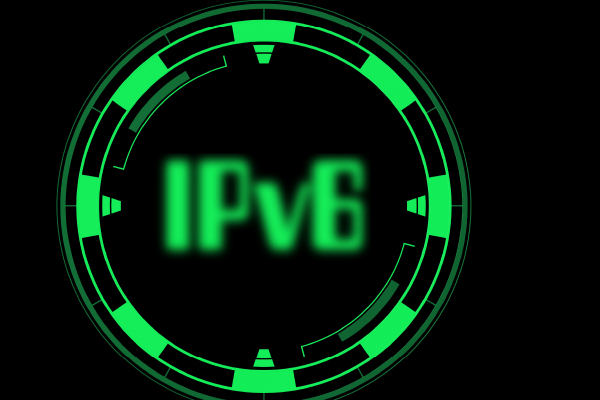 In a world where billions of devices connect to the Internet on a daily basis, it’s really no surprise to learn that unique address exhaustion is a very real and prevalent issue. Internet Protocol (IP) defines how computers communicate over a network, and IPv4 is still the primary router of the majority of Internet traffic today. IPv4 provides approximately 4.3 billion unique addresses. However, depletion of available addresses is forcing enterprises to look at alternatives, and it seems there is only one option available. The adoption of IPv6 – version 4’s successor – demonstrates clear-cut benefits over its predecessor, namely its ability to provide unlimited address space, so why does migration progress seem slow?

“IPv6’s large number of new IP addresses make it a foundational building block for the future of the Internet, especially as more devices are becoming connected as part of the Internet of Things (IoT),” says Mohannad Abuissa, head of sales engineering, east region, Cisco Middle East. “IPv6 expands the number of network address bits from 32-bits (in IPv4) to 128-bits, which provides more than enough globally unique IP addresses for every networked device on the planet.”

Providing unlimited address space is just one of the many offerings that IPv6 brings to the table. Many enterprises have already established that IPv6 presents much greater capabilities for organisations looking to adopt future technologies than its predecessor. “Enterprises deploying IPv6-enabled services are in a better position to capture market changes, be more competitive, increase their growth potential, and provide for improved business continuity,” says Abuissa.

According to Tom Coffeen, chief IPv6 evangelist, Infoblox, IPv6 is already running in many enterprise networks without them even realising it.

“It’s included, enabled and preferred by default in all modern operating systems, including Windows 7/8/10, as well as Server 2008/2012/2016, Mac OS X, and all flavours of Linux,” he says. “This means that all enterprises have already adopted IPv6 without realising, and as a result, they are not effectively managing or securing their existing IPv6 deployments.” He adds, “Both IT practice and the tools available to track addresses need to be enhanced and updated to support the effective management of IPv6, including security.”

IPv6 promises a world full of new devices, new networks, and new security challenges. Organisations must ensure that the IT security solutions they trusted with IPv4 will continue to meet their expectations as they embrace IPv6. As Coffeen explains, enterprises may be unaware that they are operating on the IPv6 standard, and therefore must bear in mind the challenges that this could present to them.

“As IPv6-enabled consumer devices such as smartphones and tablets enter your network, intended or not, you now have potential communication channels you need to worry about,” says Abuissa. “Identifying controls, solutions and policies that support IPv6 alongside IPv4 is essential to maintaining your organisation’s security standards. It isn’t safe to assume that current security controls will protect an IPv6 environment as well as an IPv4 environment, and network architects will need to develop a strategy to support this transition.”

According to recent data from Akamai, Saudi Arabia and the UAE currently rank in the top 50 percent of 263 adopting countries, sitting at 46th and 75th respectively. Yet the percentage of IPv6 migration totals just 1 percent in Saudia Arabia and 0.1 percent in the UAE, demonstrating just how low the global state of adoption rates are. Abuissa puts this down to a number of reasons. “Planning, training, complexity of operations in some cases, and no clear regulatory direction are some of the key factors that have contributed to this slow adoption,” he says.

With IPv6 claiming to provide unlimited IP address space, the question is then asked as to whether or not the process of NAT (network address translation) is still necessary. This method involves a network device, usually a firewall, assigning a public address to a computer (or group of computers) inside a private network. Abuissa says, “NAT is used with IPv4 more as a mechanism to overcome public IP address space shortage, which is no longer an issue with IPv6.”

The main use of NAT is to limit the number of public IP addresses an organisation or company must use, for both economic and security purposes. “NAT and a private addressing equivalent (in the form of unique local addresses) exist in IPv6 but are not recommended for typical use,” says Coffeen. “IPv6 is designed to allow the use of public addressing in internal corporate networks.”

Mohammed Al-Moneer, regional director, MENA, A10 Networks, says that IPv6, by default, was envisioned to provide enough addresses to remove the need for NAT. “Carrier-grade NAT (CGNAT) has become widely adopted to extend existing IPv4 address range,” he says. “The CGNAT standard addresses many of the limitations and incompatibilities of IPv4, but this is not the same scenario as the one we see in IPv6.”

As the potential perks of IPv6 continue to present themselves, why is it that more Internet service providers (ISPs) have not progressed further with the migration? “As IPv4 and IPv6 are incompatible without other solutions, the status quo has always been IPv4 due to its popularity and the fact its simpler to run just one option,” says Al-Moneer.

Global adoption of IPv6 by larger, well-known providers continues to accelerate in the hope of creating a sustainable, scalable Internet to improve operations and meet customers’ needs. “Any ISP wishing to continue to grow its revenue stream by increasing its customer base will have to find a way to add new Internet users,” says Abuissa. “Migration to IPv6 meets this need.”

However, Coffeen believes that there are multiple reasons as to why smaller or regional ISPs have not yet made the leap. “ISPs that continue to delay IPv6 adoption face great risks to further growth,” he says. “But the lack of demand from regional enterprises and the use of carrier-grade and large-scale NAT which has allowed some ISPs to continue dwindling on limited IPv4 resources are major factors in stumping migration progress.”