A range of household names have succumbed to the power of digital technology in recent years. James Dartnell explores where the likes of Kodak went wrong, as well as the industries that are on the verge of the most profound disruption – or even extinction. 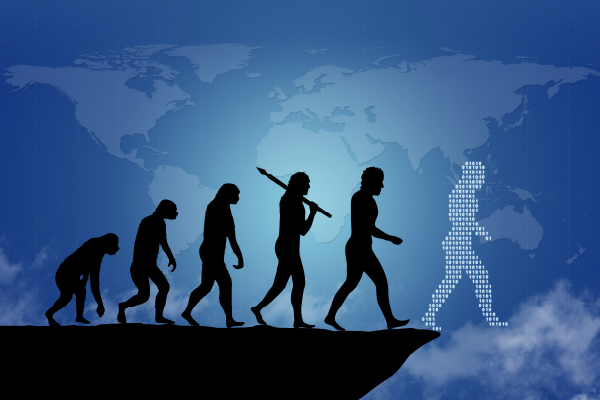 I’d like to dispel – or at least attempt to – one myth that is incessantly propagated in the technology industry. If your company is not fully ‘digitalised’ in the coming years, it does not mean you will be out of business. There’s no guarantee of that. Moving a business to being fully digital is a gradual process that takes years. In reality, there’s only so much that certain industries can do to accelerate this process. However, those who are not wary of the threat posed by minnow companies waiting in the wings are sorely mistaken.

Research by the MIT Centre for Information Systems Research revealed that board members believed that 32 percent of their company’s revenue would be under threat from digital disruption in the run up to 2020. Among the disrupting companies, board members were most concerned about Uber (disrupting taxis), Airbnb (disrupting hotels), Apple Pay, Kabbage, Venmo and others (disrupting banks) and Amazon (disrupting booksellers and retailers of many other products).

“The digital revolution has given impetus to an unprecedented wave of changes across all industries worldwide,” Wael El Kabbany, vice president, Middle East and North Africa, BT. “In order to keep pace with these changes, companies are trying to be disruptors rather than be disrupted.”

One of the most frequently cited examples of an industry being consumed by digital technology – and indeed the spectacular collapse of its leader – is that of photographic film. Kodak’s demise sums up just what can happen to a company who continuously digs its heels in and refuses to adapt to change, even before the term ‘digital transformation’ was flavour of the month.

‘A Kodak moment’ was global shorthand for any sentimental or photo-worthy opportunity. But while the company was enjoying its market-leading position, with revenues peaking at nearly $16 billion in 1996, a series of poor decisions over a number of years cost it dear. Aside from dominating the market for its core business, Kodak also had a number of new innovations that it failed to capitalise on. The firm’s engineer Steve Sasson invented the first camera that used filmless photography in 1975, but Kodak’s senior management were largely uninterested.

Just over a decade later, the company developed the world’s first megapixel camera, and used that to launch the Advantix Preview digital camera, a device that could preview images but still relied on developing physical photographs, and cost $500 million to develop. It flopped, and the rest, as they say is history. Kodak missed a series of opportunities and saw its market value plummet as it lost out to digital photography.

The writing’s on the wall

Print media is another industry to have followed a similar path. While the irony of that is not lost on the producers of this magazine, the emergence of real-time, online news and content – much of it consisting of watered down ‘clickbait’ and lacking in research and substance – has put a huge dent in advertising and circulation revenues for large swathes of the global media industry.

While journalism has never been considered a lucrative industry except for those in control of media companies, reputable outlets including Guardian Media Group, publisher of the world’s 10th most-read news website The Guardian, has been forced to take the measure of asking for reader contributions on the back of falling sales figures. The recent, sad closure of beloved UAE newspaper 7DAYS is another mark of how the industry has transformed, with online platforms such as The Huffington Post having thrived.

Other industries would cause widespread collapse if they were to suffer, and have consequently been forced to evolve. Banking plays an integral role in our economies, and is being forced to reinvent itself in order to meet the needs of a new generation of customers. That’s not to say that physical aspects of its business have not already been wiped out.

HSBC has closed more than 25 percent of its physical branches in the last two years in the United Kingdom, while a selection of digital-only banks are popping up around the country. Meanwhile, with Capgemini and BNP Paribas’s World Payments Report 2016 revealing that non-cash transactions are growing at 10.1 percent annually, it is truly becoming a case of cashing out.

Banks in the Middle East are fast recognising the need to ensure their services remain competitive. In recent weeks, Emirates NBD launched Liv., it’s digital-only bank targeted at millennials, and the bank has also announced that it will invest AED 500 million over the next three years in digital and multichannel transformation. Abu Dhabi Commercial Bank, meanwhile, launched its digital branch uBank, which features biometric authentication and digital assistance from a virtual relationship officer. These are encouraging signs that the region’s banking industry is one that has been quick to react to digital change.

El Kabbany believes that if banks are unable to simplify a series of complicated services that customers frequently use, then their reputations will suffer. “If there is an industry or company that continues to let its customers struggle to piece things together, where complexity is the norm, where there is friction, or even a cognitive burden – then it’s quite likely this is a sector or firm which may disappear,” he says. “The entire go-to-market strategy of many entrepreneurial start-ups is to target these types of industries. In effect they aim to slice through complexity by providing an easy, elegant solution, which the incumbent is unable or unwilling to do.”

Another industry set for digital disruption – but by no means extinction, touch wood – is education. While millennials may be digitally savvy and open-minded to the possibilities of what can be achieved with new technology, they are not in the same bracket of those who are now learning to type before they write.

Although undeniably partisan, Apple CEO Tim Cook was right in saying that an otherwise conservative industry has responded incredibly well to the use of tablets. The benefits of a more hands-on approach to learning through technology have already been made clear. University of California Irvine Medical School reported that iPad-equipped medical students scored 23 percent higher on national exams than previously unequipped classes.

This new use of devices within a classroom environment is just the tip of the iceberg. The whole host of new learning applications – not to mention the prospects introduced by remote learning – are putting unprecedented pressure on education establishments in the Middle East. With 75 percent of school age residents attending private schools in the UAE, the standard of digital education has already been well and truly set.