The report commended the UAE’s ability to enhance the efficiency of its government spending and transparency, two essential elements that determine competitiveness of countries. A series of initiatives and improvements aimed at securing optimum use of resources in vital and sustainable sectors exemplified the UAE’s leadership’s vision and strategy to secure the country’s prosperity.

According to the report, the 2011–2013 zero–based budget initiative of the UAE government was most prominent in increasing efficiency of government spending. It enhances efficiency of government spending and preserves public money by clearly determining activity and program costs, outcomes and objectives. Zero–based budgets assign departments to develop fresh new budgets every three years, not limited to increase in spending and include all items of expenditure.

HH the Minister of Finance stressed the importance of implementing the UAE leadership’s vision and its commitment to support development and economic stability. He outlined the need to provide better levels of government services and secure the welfare and prosperity of UAE citizens.

HE Obaid Humaid Al Tayer, Minister of State for Financial Affairs, said: “That international organisations have recognized our competitiveness and achievements on a global level is a clear sign of appreciation for the UAE’s efforts in increasing government efficiencies.”

The continuous efforts made of the Ministry of Finance (MoF) in the development of the public finance system and preparing the general budget of the federal government have culminated in the improvements in the federal government budget. Presenting the 2011 budget in the zero-based budgeting system enabled federal bodies to link operational goals with strategic objectives of the government to meet the needs of society. During the last ten-months, reform programs have been implemented within the framework of partnership between MoF, concerned ministries and other federal agencies.

According to the standard classification adopted by the Organization for Economic Cooperation and Development (OECD), Zero – based budgeting system is one of the best governmental practices in ​​public finances and general budgeting of governments. Ministries and federal agencies prepare their draft budgets by the curriculum plan that begins by defining activities meant to achieve strategic objectives and then calculating the cost of activities. It secures the efficiency of performance and gains maximum positive returns on government spending.

The UAE government is pleased that it has achieved several significant accomplishments, surpassing the standards recognized and proclaimed by OECD countries.

In the field of education, the average number of students per teacher in the first and second grades is 11.2 in the UAE, compared with the OECD’s 16.6, and 9.9 in the third grade, compared with OECD’s average of 13.0. This creates opportunities for better education for students, and helps enhance student-teacher communication. In the health sector, the rate of patients recycling, according to the inpatient beds, shows exploitation of the available capacity by 47% in the UAE compared to the 44% rate prevailing in OECD countries, which means that the patients spend less time in hospitals compared to other countries.

“Rapid growth and successful transition has been achieved by the UAE in order to make the necessary changes to the federal government’s general budget preparation system,” HE Al-Tayer said. “The application of zero-based budgeting supports the objectives of the UAE to achieve competitive capabilities and performance efficiency and increase transparency in government spending.”

This approach was welcomed by most major economies in the Middle East as a tool for change and OECD countries are expected to follow the same approach.

HE Al Tayer added: “Under zero-based budgeting, we could realize activities and do standard calibration for more than 7000 activities by more than 50.000 employees trained to carry out their tasks and provide a high quality government services. This has ensured the satisfaction of our ambitious leadership, as well as the citizens and other customers. By following the zero-based budgeting approach, we were able to work with fewer resources, enhance the efficiency of government spending by 6%, direct our resources toward highly-efficient programs, the phase out the less efficient activities. At the same time, we continued our commitment to the vision and guidance of our wise leadership to achieve social development, as 46% of the total budget was allocated for the social sector – education, health, housing and transportation.”

The globally advanced WEF rating in the field of efficiency of government spending also reflects MoF’s efforts to apply best practices. The ministry began the transition from the previous budgeting system to zero-based budgeting for several reasons as it was based on the assumption of a stable environment where the cost of activities remains almost constant over the years. This makes budget preparation unrealistic due to the UAE’s rapid financial and economic development. MoF has applied the latest electronic budgeting systems to facilitate preparation and implementation of the budget, as well as activating the process of internal audit in ministries. It follows electronic systems for the conversion of cash flows and management of procurement and inventory.

The recently announced 2011 UAE government budget confirms the continued focus on sectors that guarantee the highest levels of competitiveness for the UAE. These are social development, including public and higher education and university education, health, pensions, public works, infrastructure, social benefits, grants for Sheikh Zayed Housing program and the Marriage Fund. These are services that directly affect lives of citizens and their standard of their living and well-being. 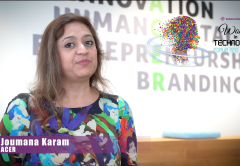