The Ministry of Finance has recently launched and concluded the final phase of Sheikh Zayed e-book initiative aimed at introducing primary students to Sheikh Zayed in an innovative manner through a non-traditional book that includes video clips that detail the biography of the founding father. 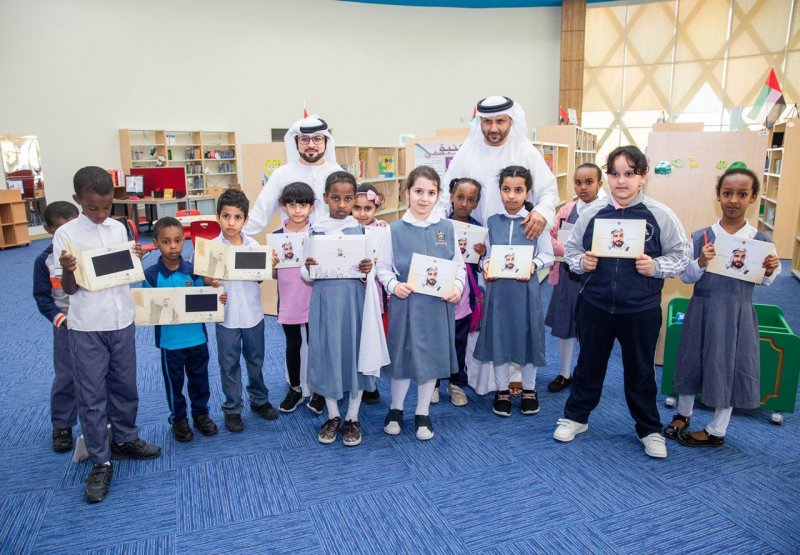 The e-book, which also features voiceover by Shaikh Zayed, aims to introduce young students to the values of sharing, tolerance and sincerity. The launch was part of a series of initiatives undertaken by the ministry in recognition of the late Sheikh Zayed bin Sultan Al Nahyan in the Year of Zayed.

Mariam Al Amiri, Assistant Under-Secretary for the Management of Financial Resources, said the Ministry of Finance had created the e-book to celebrate the vision and the life of a great leader who played a pivotal role in building and developing the UAE.

Al Amiri said, “The late founding father Sheikh Zayed bin Sultan Al Nahyan was an exceptional personality and a great leader. He had extraordinary vision and an unparalleled insight on life, specifically when it came to leadership and community affairs, leaving behind a legacy that continues to inspire us to this day. The aim of this initiative is to inculcate his values and vision in our children and future generations to ensure that his personality, moral values and traits remain the pride of the homeland and the people of the UAE.”

The Ministry of Finance launched the first phase of the initiative at the beginning of the school year and distributed 800 e-books in Arabic and English. The books were added to school libraries.

The second phase of the initiative included distribution of 600 e-books. The e-book was also presented at the Zayed University Pavilion in the UAE-Greek cultural week in Athens last October.

MoF’s Sheikh Zayed e-book initiative is part of the centennial celebration of Shaikh Zayed. His Highness Sheikh Khalifa bin Zayed Al Nahyan, President of the UAE, had announced that 2018 in the UAE would be The Year of Zayed and a national occasion to celebrate the leader’s 100th birth anniversary.

Other events and initiatives such as an exhibition on the founding father and a visual library which included a catalogue of films on Shaikh Zayed, were also launched. Additionally several charitable and humanitarian campaigns that align with Sheikh Zayed’s values and generosity were organised.