Dubai-based OneGram Group has listed a cryptocurrency it bills as sharia-compliant on the company’s virtual exchange and is planning additional listings in coming months, its chief executive said on Tuesday. 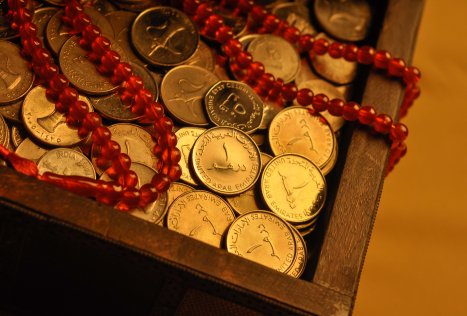 The company claims that its cryptocurrency adheres to sharia directives as each OneGram unit is backed by physical gold stored in a vault, a feature that aims to address speculation and price volatility, Reuters reported.

The tokens are now paired for trading against Bitcoin, and the company plans to add pairings to several hard currencies, chief executive Ibrahim Mohammed said.

The coins are listed on the firm’s exchange, known as Huulk, and future listings would focus on regional exchanges in Asia and the Middle East, he added.

OneGram has sold around $400 million worth of its gold-backed tokens over the past year, part of a growing number of fintech firms entering the field of Islamic finance.

Cryptocurrencies such as Bitcoin and Ethereum enjoyed a bumper year in 2017, but they saw a sharp drop in value this year partly due to concerns over a regulatory crackdown.

Such volatility has led some regulators to view cryptocurrencies with caution and Islamic scholars have similarly pondered over the permissibility of such instruments.

Cryptocurrencies have drawn a variety of rulings from scholars, with differing views on how these fit into Islamic principles that emphasize real economic activity and forbid outright monetary speculation.

The debate among scholars has been narrowing, however, as some have compared the trading of cryptocurrencies to the transfer of rights, which is deemed permissible in Islam.