The UAE Telecommunications Regulatory Authority (TRA) has announced that the number of participants in the crowdsourcing campaign aimed at developing the official portal of the United Arab Emirates Government (u.ae) has exceeded 34,000 contributors over the past two years. 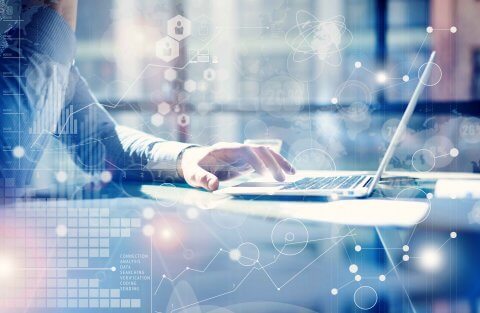 The customers’ contributions included comments and suggestions about the overall content of the portal. The portal team in TRA analysed the comments and used them to develop the portal content.

The crowdsourcing campaign aims to activate the participation of the UAE Government portal users in providing information on the portal with mentioning the official source of that information, as well as providing comments on the current content, and correction of any errors if existed, whether related to the information accuracy, language or others.

TRA has recently published a survey to facilitate customers’ participation in this campaign, and used the hashtag “#ParticipateandGetaReward” to promote the campaign via social media.

The campaign went through several phases, starting by inviting the public to suggest new topics for the portal, receiving suggestions and inquiries, and listing and analysing suggestions. TRA awarded the best customers who had active role in developing the portal digital content.

Salem Al Housani, acting deputy director general, Information and eGovernment Sector, said, “The UAE Government official portal aims to provide complete and comprehensive information and data on all the services provided by the government. Moreover, as part of TRA’s efforts to achieve happiness of all the portal users, we had to involve the users in the ongoing development process of the portal, by receiving their feedback and suggestions on the published topics, or the topics they wish to add. To encourage participation, TRA distributed prizes to the most active contributors, who made suggestions that had effective impact on developing the portal content.”

Al Housani emphasised that TRA will maintain the development process of the portal digital content to achieve the public ultimate benefit.

“The portal is in constant development, with daily publication of important information and data, and the portal team updates the published information consistently with the country’s development,” he added.

“Despite these efforts, it will always remain incomplete if the customers do not participate in its development through their suggestions and inquiries. We, as Emirati community, represent one team that works hard to contribute to achieving the country’s visions and future goals.”

The second section covers the history of the UAE through its different eras. It also covers the UAE plans and strategies on future shaping and comprehensive development. This section also covers the UAE’s efforts to achieve the UN sustainable development goals. In the e-Participation section, multiple channels are provided for communication with the UAE Government, as well as platforms for consultation and live chat, among others.

According to the TRA, the portal (u.ae) reflects the electronic presence of the UAE Government. It includes massive information of interest to researchers on government services, policies, decisions and projects, as well as links to electronic and smart government services. The portal also embodies the principle of positive interaction between the government and the public through the various communication channels that contribute to developing content and improving portal features based on public opinions.