If Lenovo won it for the Yoga Book C930, Sony took away the top honors for its WH-1000XM3 headphones and Scalys for Cybersecurity and personal privacy thanks to TrustBox.

The Consumer Technology Association (CTA) has announced the CES 2019 Innovation Honorees, including those products recognized as Best of Innovation.

The announcement was made during the annual CES Unveiled New York which offers a sneak peek of the products and trends expected at the upcoming CES 2019.

Lonovo won it in the computer and hardware and components segment for its Ypga Book C930 – the world’s first dual display laptop with E Ink which turns into a dynamic, customizable keyboard at the touch of a button.

LG:s flagship device the LG V40 ThinQ was chosen in the wireless devices and accessories category. Part of the LG’s flagship V series, the LG V40ThinQ has one of the best multiple performance cameras and largest OLED display. With a triple-rear camera and dual-front camera, the V40ThinQ is the first premium smartphone with five cameras. 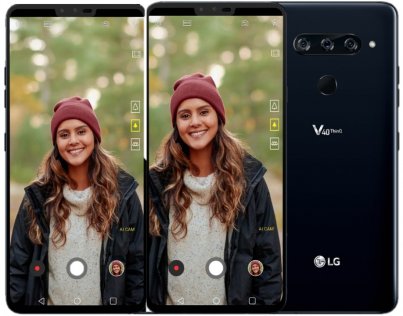 TrustBox by Scalys BV was recognised as one of the best innovators in the cybersecurity and personal privacy category. It is a high-grade secure router & IoT gateway for safe and trusted communication with the connected world. It secures the communication and connectivity of connected devices at home and on the go with military-grade of security.

The Insta360 Pro 2 won the top prize, the Best of Innovation Award, in the Digital Imaging / Photography category. A groundbreaking tool for professional VR filmmakers, the Pro 2 earned the highest rating in a category that includes everything from top-of-the-line DSLR’s and cinema cameras, to action cameras and laser scanners.

“Since we built our first camera four years ago, we’ve stayed focused on bringing the power of 360-degree capture to everyone,” said JK Liu, Insta360 founder and CEO. “We’re thrilled at the reaction that the Pro 2 and ONE X are getting. They were developed through close collaboration with creators, and the greatest tribute to their success is the amazing films they’re being used to capture.”

For the gaming category it was NVIDIA that scored again for its GeForce RTX GPUs which promises deliver the ultimate PC gaming experience. Powered by the new NVIDIA Turing architecture and the revolutionary RTX platform, GeForce RTX 2080 Ti, 2080 and 2070 GPUs bring together real-time ray tracing, artificial intelligence, and programmable shading.

An elite panel of judges, including designers, engineers and members of the tech media, review submissions based on design, functionality, consumer appeal, engineering and how the products compare with competitors. Products recognized as Best of Innovation received the highest ratings in their respective product categories. Click here for the full list of innovation honourees.