Criteo has released seasonal findings ahead of Ramadan on consumers’ online spending behaviours during the holy month.

The analysis of last year’s sales trends revealed a surge in online sales in the Middle East (ME) region in the lead up to and during Ramadan, which took place from 15 May to 14 June in 2018. Shoppers in the Middle East typically shop early into the season and slow down closer to Eid al-Fitr to focus on the celebrations.

“Ramadan greatly influences purchasing and consumption patterns in the Middle East, due to traditional gifting during Eid al-Fitr. Our 2018 survey has shown that 61 percent of consumers in Saudi Arabia and 58 percent in UAE intend to buy gifts for loved ones during this period. It is thus crucial for marketers and advertisers to reach out to shoppers in a couple of weeks before Ramadan with relevant messaging so that their brands are top-of-mind for shoppers when the time comes to make a decision. To maximize results, advertisers should aim to continue the campaigns in the weeks following Eid al-Fitr,” said Michele Iozzo, managing director, Middle East and Africa, Criteo.

According to Criteo, last year, online retail sales surged early, reaching a 106 percent increase in during the second week of Ramadan. Consumer activity typically slowed at the end of the period, with sales and traffic dropping by up to 55 percent. However, a quick recovery was observed in the following two weeks with reinvigorated shopper interest and activity.

Online traffic for travel sites in ME saw a continuous uplift during Ramadan, increasing by up to 51 percent in the weeks approaching Eid al-Fitr. And while traffic slowed during Eid al-Fitr, it quickly picked up by 105 percent, with an increase of 63 percent in bookings in the following days. This suggests that travellers may start planning their trips during Ramadan, but many only book after the end of the Holy Month.

The findings also highlighted that mobile presence is integral for retail sales and travel bookings during Ramadan. Data showed that in 2018, the weekly mobile share in sales surged by 17 percent during Eid al-Fitr versus 13.1 percent in the second week of Ramadan, while mobile travel bookings increased by 47 percent during Eid al-Fitr. In-app sales also grew by up to 79 percent, indicating that consumers may be inclined to buy within apps when they provide an easy and convenient shopping experience. Creating convenient app and mobile web experiences will help brands maintain strong sales during the Holy Month.

The ME activity is slightly different than other regions with predominant Muslim populations, such as South East Asia (SEA) and Turkey, where consumer activity typically slowed at the start and end of Ramadan, with online retail sales picking up 10 days into Ramadan until one or two weeks before Eid al-Fitr. However, online traffic for travel sites saw similar patterns in SEA and Turkey, with a maximum uplift of 50 percent a week after Eid al-Fitr and 69 percent around two weeks after, respectively. 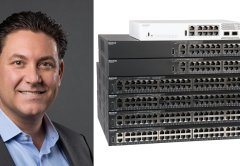 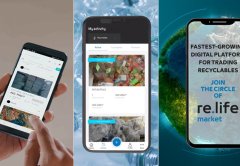