ToTok has reiterated its calls for US technology behemoths Apple and Google to reverse their decision to remove them from their app stores.

ToTok was launched in 2019, and has enabled people to communicate with their friends, family and colleagues around the world for free.

The application was instantly popular, and rose to prominence globally to become one of the fastest growing apps in the world, amassing over 20 million users.

However, in December 2019, The New York Times reported that US intelligence had made assessments which determined that the app was being used as a surveillance tool to mine information from the app’s users.

Following the disclosure of this report, Google and Apple immediately proceeded to remove the app from their play stores.

ToTok has strenuously denied the allegations made against them, and has reinforced its commitment to ensuring user privacy and security.

In a new statement issued by the company, ToTok has called on Apple and Google to re-open dialogue with them, claiming that they have adhered to every demand and specific requirement made by the two US companies as part of their efforts to be reinstalled on their app stores.

The statement read: “The message to our users and everyone around the world is: ToTok is still going strong.

While we disagreed with the removal of ToTok from the Apple App Store and the Google Play Store, we have implemented every specific change requested by both Apple and Google. We remain eager to cooperate with the two companies to get ToTok back in the app stores for good.

Our company has sought and continues to seek a dialogue with Apple and Google by calling, emailing, and reaching out on social media, inviting the two companies to visit the ToTok office in Abu Dhabi. Regrettably, there has been no return communications from Apple since January 7, 2020 and from Google since February 15, 2020.

The time to resume dialogue and cooperation is now. As the global community battles the widespread outbreak of coronavirus (COVID-19), schools, universities, and offices around the world are closing to help contain the virus. Teleworking and remote learning have suddenly become the norm in many parts of the world. As an app with superior audio and video capabilities, ToTok calls on Google and Apple to work with us to make it easier, not harder, for people around the world to communicate.

We would also like to assure our users, and the global community, that our app is secure, safe to use, and remains free for everyone.” 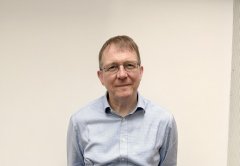 Smart Sourcing: The new dawn of public sector IT

42% of office workers are dissatisfied with workplace tech provision