UK retailers are introducing AI and facial recognition technology to their stores in a desperate attempt to combat shoplifting.

Owners have been forced to turn to technology due to a severe reduction in the budget for policing in the United Kingdom. Police officers no longer have the resources available to them to properly investigate shoplifting – and are instead focusing their attentions on more serious crimes. 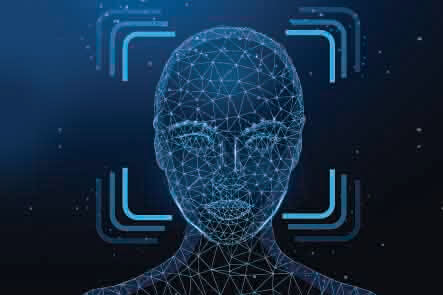 However, the issue of shoplifting by repeat offenders is a serious problem for the owners of supermarkets that are directly affected by the scourge of shoplifting.

Now, many are turning to disruptive and transformative new technologies like AI and facial recognition in an effort to curtail crime in their stores.

The facial recognition system being deployed by business owners is entitled Facewatch. It basically watches people coming into the store; and has a database of ‘subjects of interest’ (SOIs), and if it recognises one, it then sends a discreet alert to the store manager. If someone triggers the alert, then they will be subsequently approached by a member of management, and asked to leave.

Interestingly, despite the surge in demand for facial recognition technology amongst retailers, and more and more companies selling facial recognition software, it is seen by many as an intrusion of our civil liberties, and its use has been banned in many locations.

Take San Francisco for example, the city authority now prohibits the use of facial recognition technology by police and government agencies, whilst in the UK, the House of Commons Science and Technology committee are calling on the British police to follow suit and stop using it.

Figures from The British Retail Consortium trade group has estimated that £700m is lost annually to theft – and that has prompted retailers to turn to new methods to protect themselves, as reporting shoplifting to the police has basically become a waste of time due to draconian cuts to its budget by the current UK government. The rapid improvement in AI technologies, and the dramatic fall in cost, mean that it is now viable as one of those other methods.

Josh Davis, a psychologist at the University of Greenwich told UK newspaper The Guardian, that the systems are getting better year on year. Davis works on facial recognition in humans and AIs. The US National Institute of Standards and Technology assesses the state of facial recognition every year, he says, and the ability of the best algorithms to match a new image to a face in a database improved 20-fold between 2014 and 2018. And analogously with Moore’s law, about computer processing power doubling every year – the cost falls annually as well.

Paul Wilks, who owns a supermarket in Buckinghamshire, is already using the technology in his store and is finding it makes life easier. When he started, his shop would have things stolen every day or two, but since he introduced the system, it’s become less common. “There’s definitely been a reduction in unknown losses, and a reduction in disruptive incidents,” he says. As well as a financial gain, his staff feel safer, especially late at night, “which is good for team morale”.

If enough retailers start using facial-recognition technology before the government takes notice, then we may find that the democratic discussion and controversies over the use of these technologies may already be obsolete.