Dubai’s Roads and Transport Authority has recently held a series of brainstorming sessions focused on the use of Big Data to improve the public transport network. 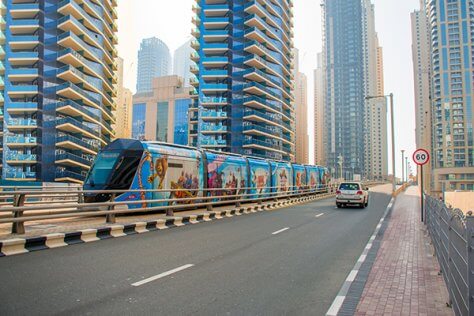 According to the RTA, these efforts are part of the organisation’s ongoing efforts to realise its vision of Safe and Smooth Transport for All.

“Through these workshops, five teams from different RTA’s agencies and sectors competed in the optimal use of big data to generate ideas contributing to the improvement and operational efficiency of the public transport network in Dubai. Ideas and proposals debated in these workshops will be examined and viable ones will be referred to the concerned RTA bodies for further necessary action,” said Adel Shakri, director of Planning and Business Development. RTA Public Transport Agency.

He added that upgrading the public transport network is a key strategy of RTA as it is directly linked with customer’s service and happiness.

“RTA always seeks to broaden and improve the scope of public transit means, such as metro, tram and buses, and Big Data is the best way forward to realise these objectives.”

According to Sharkri, the concept of Big Data is becoming a focal point in the global business as it opens new horizons and solutions to issues challenging the improvement of the sector.

“Big data is shaping into a key asset considering the extremely valuable knowledge and informational wealth contained. It contributes immensely to the anticipation of future requirements and potential solutions to the sustained development of various sectors. The public transport network is invariably entwined with people’s lives and we have to anticipate their future needs. We also need to develop optimal solutions to anticipated challenges in the use of big data,” said Sharkri.