The Ministry of Transport (MoT) in the Kingdom of Saudi Arabia has announced an agreement with Virgin Hyperloop One (VHO) to conduct ‎a pre-feasibility study on the use of hyperloop technology for the transport of passengers and cargo. 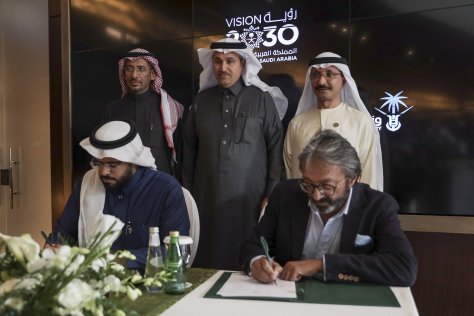 According to both firms, the study will lay the groundwork for a network of hyperloop routes to be considered ‎across Saudi Arabia. It will be the first at a national level to be carried out anywhere in the world and will examine viable routes, expected demand, anticipated costs and explore the socio-economic benefits of creating jobs and develop high-tech skills.

The study, which will serve as a blueprint for future hyperloop projects, builds on the developers long-standing relationship with the Kingdom, which peaked when Prince Mohammed bin Salman Abdulaziz Al Saud, Crown Prince of the Kingdom of Saudi Arabia, viewed VHO’s passenger pod during a visit to the US.

The announcement is the latest in a series of existing partnership in the Kingdom that include MiSK Foundation, the Economic Cities Authority, as well as King Abdullah University of Science and Technology (KAUST).

Eng. Saleh bin Nasser Al-Jasser, Minister of Transport, said, “Prince Mohammed bin Salman bin Abdulaziz Al Saud, Crown Prince of the Kingdom of Saudi Arabia has outlined the role of transport in shaping the future of the Kingdom’s economy within Vision 2030. As we enter a new decade, we intend to make rapid progress in building the infrastructure required to define mobility for the future, enabling the efficient movement of people and goods. With the transformative hyperloop technology, Saudi Arabia will not only unlock unparalleled benefits for its people and the economy but will continue to lead the region into an era of prosperity.”

Building on Saudi Arabia’s commitment to be a leader in the adoption and implementation of hyperloop technology, the agreement forms the foundation for creating groundbreaking transportation infrastructure that will transform Saudi Arabia’s economy, enable the creation of jobs, and develop of high-tech talent.

Sultan Ahmed bin Sulayem, Chairman of Virgin Hyperloop One, said, “Technology will continue playing a pivotal role in the progress and transformation of Saudi Arabia’s economy – as part of this, Virgin Hyperloop One and the technology that underpins it will help shape the future of the Kingdom. Together with the Ministry of Transport, we are confident that hyperloop technology will transform the movement of people and cargo in Saudi Arabia and help realise the ambitions of Vision 2030. The evolution of hyperloop offers an unparalleled opportunity to shape a connected Saudi Arabia, linking cities and nations in the region via a variety of routes.

“The Virgin Hyperloop One system is real, rapid-speed, mass transportation. With the completion of more than 400 tests, VHO has positioned itself as the most viable option for investors, governments and businesses across the globe. Already, seventeen states in the United States are exploring potential hyperloop routes. In India, we recently reached a milestone for Virgin Hyperloop One, signing a landmark framework agreement to develop the Pune-Mumbai Hyperloop Project,” added bin Sulayem.

Having already attracted major investors from the UAE, including VHO’s main investor, DP World, as well as others such as Abu Dhabi Capital Group, a hyperloop system would see passengers travel at speeds exceeding 1,000km/h, cutting the travel time from the capital to Jeddah to 46 minutes. Similarly, a journey from Riyadh to Qiddiyah would take only 5 minutes. While a trip from Jeddah to Neom could be completed in 40 minutes, and from Riyadh to Abu Dhabi in only 48 minutes.