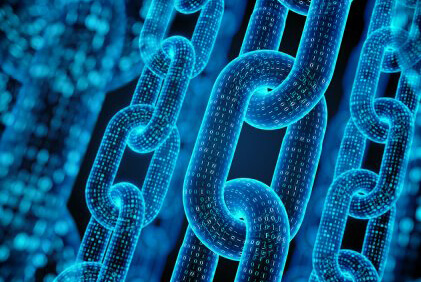 In business, the latest silver bullet is constantly just around the corner. There’s always something new being hyped and dismissed soon after. The past few years has seen hype around the likes of cloud computing, the importance of millennials and social media. The cycle is always the same: initial buzz and excitement building to a crescendo, and then the tipping point – either the bubble bursts, and it fades into relative obscurity, or it gains acceptance, becoming part of standard behaviour.

One concept currently enjoying its ascendancy in the hype cycle is Blockchain. While most people have heard of Blockchain, it’s likely that few of those could accurately explain what it is. Fortune defined it as ‘a way to structure data, and the foundation of cryptocurrencies like Bitcoin…[It] consists of concatenated blocks of transactions…to share a digital ledger across a network of computers without need for a central authority.’ That still sounds a little opaque; making it simpler, it’s easiest to think of Blockchain as a database.

A solution in search of a problem

All this excitement over a database seems a little bizarre. We already have any number of databases from any number of providers, all working away supposedly storing and filing the masses of data that businesses accumulate. The problem with these traditional databases is that it’s challenging from a legal perspective to prove that what’s in a database has always been there and that it’s the right thing that should be there. It’s very difficult for anyone to say what’s in such and such a database right now is correct, honest, true and has not been tampered or messed with by anyone else.

With Blockchain, once a piece of data is placed on it, it can’t be edited without everyone with access to that blockchain knowing. That’s because the data, or block, that’s been placed on it, is actually made up of every block that was placed before it, and it becomes part of every block that goes after it. It’s what’s known as immutable, and it’s one of the reasons Blockchain is enjoying its moment in the sun.

Another reason is that Blockchain is essentially unhackable, a major selling point in a world where it’s a case of when, not if, a business must deal with an attempted cyber-attack. It achieves this by being based on the concept of using distributed ledgers. That means there’s no pivotal point to attack, so no way of leveraging the connected nature of normal networks that cyber breaches rely on for scale. Yes, in theory, a blockchain could be hacked, but to do so you’re talking about hacking practically every computer involved, which simply isn’t feasible.

So, it’s secure, it can’t be changed without everyone seeing it, and it’s transparent, so any party to a blockchain can see where each piece of data was created, when, and by whom. It can do multiple things, but it feels like a solution in search of a problem. It doesn’t have one killer application that can change everything. Mobiles allowed people to speak on the phone wherever they were, signal permitting. Cloud computing frees businesses from having to physically house their IT. Blockchain doesn’t yet fix that one critical business problem.

That’s not to say the potential uses aren’t significant – from supply chain to finance, any sector which requires, and struggles, with trust and provenance of data should be an opportunity for blockchain-based technologies.

From diamonds to shipping

There certainly are enough use cases and proof of concepts out there, in several sectors, to suggest that sooner or later something will stick, in doing so helping Blockchain to shift from hype to wider acceptance. In the supply chain alone, there are a variety of initiatives trying to use Blockchain to make the whole process more efficient and transparent – from De Beers creating a platform to register tamper-proof and permanent digital records for diamonds, to Walmart looking to improve food safety and product traceability with a number of different pilots, to a whole host of businesses, from start-ups to established operators, aiming to improve the process of shipping.

From a legal perspective, Blockchain is being used in what’s known as smart contracts. These are digital contracts that are not only unchangeable, but automatically enable contractual terms once conditions are met, whether it’s through the exchange of property (be it a house or car) or the releasing of funds (for instance, when a certain amount of work has been delivered).

Arguably the most famous use case of blockchain is cryptocurrency, Bitcoin being the most prominent example. While the volatility of Bitcoin’s value might be putting some off from using it as a method of distributing or receiving payment, there are other, more fundamental issues with currencies based on distributed ledger technology. For starters, each transaction using a cryptocurrency needs to wait to be coded into a block and then replicated to every other owner of that particular currency. For one like Bitcoin, that means having to replicate across a significant number of people, right across the world. In terms of time, you could be looking at anywhere between one and thirty hours, making it unsuited, currently, for any sort of retail transaction.

So, currently, this exposes the limitations of the technology. As a society we are used to fast transactions – I tell you I have uploaded the data, or I pay you for my coffee with my credit card, and you know instantly whether that is the case. What good is a currency system if I must wait a day before I know if I’ve received payment, or if the data has been added to the system? Modern life and modern business aren’t built like that.

How do businesses get around that? Well, technology will catch up. Public Blockchains will get around transaction speed challenges – they must, otherwise the concept will be redundant. Yet the idea of immutable, transparent and unhackable data is too good for businesses to wait for it to mature. The uses highlighted above all linked parties that could well be independent, even if they are interdependent – De Beers with diamond suppliers, dealers, mine and retailers, Walmart with food producers, logistics companies, distribution centres and so on.

There’s another use, however, which stays true to the aspirations of Blockchain, but which circumvents the challenges of having to connect with every other member of the chain – private, or internal, Blockchains. Deployed by large organisations for the exclusive use of themselves and trusted partners, they don’t require the proof of work that the likes of a Bitcoin do, and the chain can automatically identify and replicate across existing company networks, yet it still ensures that data is immutable, transparent and, most importantly, unhackable.

As businesses see their applications spread out, they’re going to need distributed database solutions at increasingly disparate points of the network or in their application infrastructure. In some instances, Blockchain is going to be a perfect fit where a distributed, replicated, unchangeable database is required. For instance, collecting data from IoT sensors being used for AI consumption at the edge and then pushing the results back to the middle. This will need to be carefully integrated into existing systems and will require organisations to be able to manage a private Blockchain, but it demonstrates the potential deployment of Blockchain concepts in large-scale organisations.

The right use for a system of trust

There’s no doubt that, when deployed properly, Blockchain can help solve some of the challenges currently afflicting certain sectors today. That said, it’s not appropriate for all uses, or even all databases, and it does have limitations that are, at present, incompatible with the way business operates today. However, being immutable, transparent and unhackable, it can help build a system of trust between multiple independent parties – critical in improving the efficiencies and provenance of supply chains, for example. Yet it is within large-scale organisations that Blockchains can have real impact. By supporting the storing and sharing of critical data as businesses’ own networks become decentralised, Blockchain may have found the problem it can solve and help it make the jump from hype to standard behaviour. 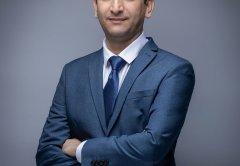 Are VR and AR the future of consumer technology? 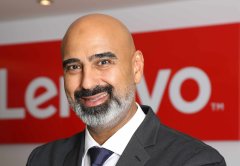