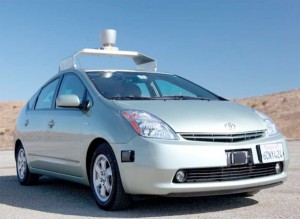 While scientists have been busy with making more accurate self-driving cars, at least one set of researchers has thought even further ahead and developed a smart intersection that can manage crossing flows of autonomous vehicles.

The intersections of the future will not rely on stoplights or stop signs. Instead, when cars are driven by software, they could be managed by virtual traffic controllers, which stay in close contact with the automobiles as they approach the intersection, said Peter Stone, a professor of computer science at The University of Texas at Austin.

On Saturday, Stone will present the latest of his team’s work on autonomous intersection management at the American Association for the Advancement of Science (AAAS) annual meeting, being held this week in Vancouver, British Columbia.

At least from a certain perspective, it is unusual that humans still drive their own vehicles, Stone explained. Other forms of mechanized transportation, such as airplanes, boats and railroad locomotives, have autopilot capabilities.

Using computers and sensor systems, autonomous vehicles could handle much of the routine navigation that humans now do. Autonomous cars could get their occupants to their destinations more quickly and be safer, advocates say. Such self-driving technology is still nascent, though organizations such as theU.S. Defense Advanced Projects Agency (DARPA) and Google are aggressively funding research in the area. And at least one state, Nevada, has already approved the use of autonomous vehicles on its roads.

Stone and his group have assembled a demonstration system for managing autonomous vehicle traffic in road intersections. Each intersection will have a manager, or a computer that will coordinate all the traffic in the most efficient way mathematically possible. And each car will have a software agent that communicates with upcoming intersections.

“When a car gets close to the intersection, it calls ahead and says, ‘I want to go through the intersection.’ The intersection manager says either yes or no. It keeps track of the reservations it grants and makes sure it doesn’t give permission to other cars that would conflict with them,” Stone said.

In the prototype, a self-driving car takes instructions from a traffic manager and waits for other (imaginary) vehicles to go through a virtually busy intersection before crossing the intersection itself.

A former student of Stone’s, Kurt Dresner, originated the idea of the intersection manager. Dresner defined the algorithms in his Ph.D dissertation. Stone himself led the development of an autonomous vehicle, called Marvin, that competed in the 2007 Urban Challenge, which was an annual race for self-driving vehicles organized by DARPA.

The system can be modified to work with both autonomous cars and regular human-driven cars. In these cases, an autonomous car could go through a red light if the manager saw that it was safe.

A traffic manager could have all sorts of secondary benefits as well. It could ensure that approaching emergency response vehicles can get through as quickly as possible. It could also participate in citywide traffic-shaping efforts, which could help reduce congestion overall. The intersection managers could execute dynamic lane reversals, where the number of lanes for either direction would fluctuate in response to traffic needs.

Stone admits that such a system would not be totally fail-safe. There is always the possibility, for instance, of a car breaking down in the middle of the intersection, where it might be hit by another car that can’t stop in time. But overall, he argued, autonomous vehicles would still be safer at intersections than regular cars, citing the statistic that 90 percent of all auto accidents are caused by human error.

“The current system is already not fail-safe. We can prove that as long as all the cars follow the protocol we defined, then there will not be accidents. You can’t say that about human drivers,” Stone said. 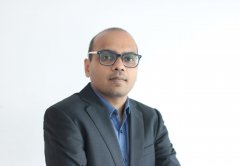 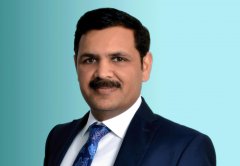 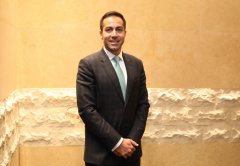 SentinelOne driven to stop attacks in their tracks