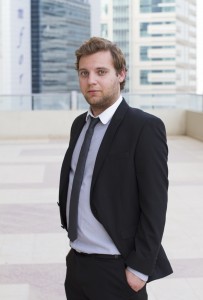 If I was the kind of person to play the stock market, I’d invest heavily in anyone who has anything to do with storage.

Storage is big news at the moment – people just need more and more of it. With the advent of big data and the desire to have up-to-the-minute analytics, even small and medium businesses are buying stacks of hard drives. On the consumer side, meanwhile, buyers increasingly looking for desktops and notebooks sporting at least 1TB of storage – and they’ll probably have a couple of external hard drives, too.

The thing that really sets storage out as a winner, though, is that storage vendors can’t keep up with the demands the market is placing on the industry.

“Industry estimates are that the storage demand is going to continue to grow north of 50 percent. What we’re struggling to do as an industry is keep up. The rate at which we squeeze the data onto the disk is growing at about 15 percent, and that’s finite,” Mark Whitby, Vice President of EMEA Sales and Marketing, Seagate, told me at the recent Seagate Partner Conference Middle East.

For a storage vendor, Whitby acknowledged that it’s a nice problem to have, because the only way people can actually get the storage they need is by buying more hard drives.

Surely, I pressed, there must be an emerging new technology around the corner – one that would solve the problem of fitting more data onto the same amount of real estate. After all, we can’t simply be expected to fill our lives up with hard drives, can we? What’s more, isn’t SSD getting cheaper?

The answer was yes and no. Yes, the likes of Seagate and its competitors are looking at ways to increase hard drive capacity, but unfortunately, this still won’t keep pace with the ever-increasing demand. At some point, Whitby said, there literally won’t be enough storage to go around.

And nope, SSD is still far too expensive to replace old-fashioned disk drives.

“Fundamentally, we’ve got fewer and fewer companies, we’ve got to invest more and more money to keep pace, and that’s kind of the economic challenge. The technical challenge is how we can squeeze more data onto a piece of real estate. And that’s something we’re working with,” Whitby said.

I was told at the conference that Seagate puts more money into R&D than its two main competitors combined, so if anyone was going to crack the problem, it’ll probably be Seagate. But by Seagate’s own admission, there isn’t anything on the horizon yet.

The end-user can get around the problem of having to buy more and more drives by simply moving onto cloud. Whitby told me that, pretty soon, around 65 percent of people’s data will be up on the cloud, with the rest being on their hard drives. This would negate the need for buying more storage.

Yet the data still has to be stored somewhere – this time, it’s with your cloud provider. What happens when they start running out space because everyone has decided to move to cloud? They’re going to need to invest in yet more storage – warehouses full of it, if something doesn’t change – and those costs are going to be passed down to the end-user. Either way, everyone’s going to have to pay for more storage.

And that brings me back to my original point – this is great news if you’re involved in storage. No doubt any resellers who have partnered up with the main storage vendors will know what I’m talking about. If it was me, I’d invest heavily over the next few years. 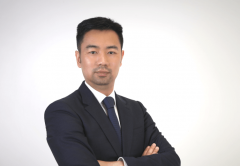 How cloud platforms are helping to fight COVID-19