Our network, which encircles the entire globe, carries more than 28% of all Internet routes. As a result, we’re in a privileged position to see and understand what’s going on in the Internet. Looking at data from our network from 2017, we have observed some fascinating trends which demonstrate how the Internet is continually evolving as people and businesses’ data demands continue to grow.

The Internet and technologies that depend on it – from cloud computing to unified communications and virtual reality and smart home hubs – today permeate all aspects of our lives. So, it’s perhaps unsurprising that we have seen an increase in SSL traffic which became the largest traffic type in 2017 vs HTTP was the largest traffic in 2016. 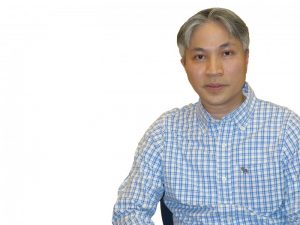 Video is the biggest bandwidth hog of all due to the popularity of applications such as Skype for Business and streaming services such as Netflix. Furthermore, there is a seismic shift happening behind the scenes of the media industry: a move away from traditional cable and satellite broadcasting to cloud and IP-based content distribution. Earlier this year, for example, we announced that VICE Media will use Tata Communications’ network in this way.

To put the continued growth of video traffic into perspective, Cisco predicts that it would take an individual more than 5 million years to watch the amount of video that will cross global IP networks each month in 2020.

At the other end of the scale, while individual Internet of Things applications don’t require a lot of bandwidth, the sheer volume of these devices will drive Internet traffic growth too. As more and more smart things are developed, and previously ‘dumb’ things such as clothing, personal electronics, factory equipment and energy networks – anything, really – get connected to the Internet, traffic will grow inexorably.

The rise of Instant-Messaging

Of course the way we keep in touch is being transformed by the Internet too. Given how deeply ingrained the simple SMS used to be in people’s lives, it’s interesting to see how quickly the world has embraced Internet messaging apps such as WhatsApp and WeChat. IM traffic on our network is still rising at pace at 3x YoY when we look at our network trends over the past four years.

However, because the vast majority of content shared on IM is low-bandwidth text – though of course people share a lot of images and videos on the platform too – it actually represents a very small percentage of overall traffic on our network.

That being said, the incredible growth of IM traffic over the last few years clearly suggests that instant messaging apps like this will play an increasingly important role in our lives. WeChat has over 900 million users today, and while it started out as a messaging app, it is now a complete Internet platform, where users can manage more or less every aspect of their lives – including shop, pay bills, book taxis, buy tickets for the cinema and make medical appointments and collaborate in the workplace too.

As people and businesses become increasingly reliant on different Internet-enabled applications, it is reassuring to see that there is greater focus in keeping the Internet secure. For the first time in 2017, traffic using the SSL security protocol (usually rendered as HTTPS, which is HTTP traffic with a Secure Socket Layer) accounted for more traffic on our network than the unencrypted protocol HTTP, with 34.9% is HTTP traffic and 39.7% is SSL traffic.

The HTTP protocol, developed by Sir Tim Berners-Lee and his team at CERN in the late 1980s, defines how messages are formatted and transmitted and is the foundation of the World Wide Web. Over the years, especially as users have shared more and more personal information over the Internet, hacking and cybercrime have increased in parallel. And, when messages are sent over HTTP, third parties on the same network are sometimes able to read the message. HTTPS traffic, however, is encrypted, and now the de-facto protocol for the Web.

The rise of HTTPS can be explained by growing security consciousness amongst both Internet users and service providers. Even simple Google searches are now encrypted, and the decision by Internet giants such as Facebook, Twitter and Netflix means that the days of HTTP are numbered.

I therefore expect there to be little or no HTTP traffic at all on our network by 2020.

The Internet under attack

While users become more security conscious, cyber-attacks such as DDoS are becoming more common too. DDoS attacks rely on an army of devices hijacked by cyber criminals, which bombards a weakness in a network – often a website. Those infected devices are turned into botnets, which add network traffic to the attack, flooding the target to the point where it brings the network to a standstill. These attacks often carried out to extort ransoms but are also sometimes politically-motivated or simply malicious.

We observed three particularly large ‘events’ on our network during 2017 that were most likely DDoS attacks, whereby huge volumes of inbound traffic flooded in. Before the traffic managed to gather any momentum, however, our DDoS scrubbing farms on our network spotted it and cleaned it, protecting the intended recipients.

As the number of connected devices increases with the rise of the Internet of Things in the coming years, I’m certain that we will see more DDoS attacks, and the sophistication and scale of DDoS attacks is sure to present new challenges too.

In a way, the data trends from our network confirm something we already know: the Internet, in all its forms, is becoming more deeply embedded in everything we do – at home, at work and in society as a whole.

The overall growth of Internet traffic highlights how different connected technologies are making our lives inordinately better. Music and films are delivered conveniently where, when and how we want. Keeping in touch and sharing experiences and information with friends, family and colleagues, near or far, has never been easier. The Internet has paved the way for whole a whole new digital economy, including new business models demonstrated by successes such as Airbnb and Deliveroo.

Yet, the pervasiveness of the Internet comes with a warning too, due to the continued rise of increasingly sophisticated cyber-attacks. It is therefore crucial that we don’t become complacent – we must continue to innovate to safeguard the always-connected world, so that the truly transformational, positive impact of the Internet will continue to be felt by people and businesses the world over. 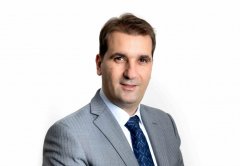 Comprehensive asset management is the prerequisite of effective security 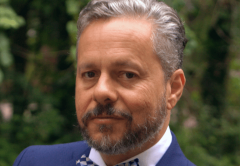