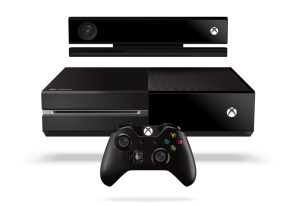 Good news, small business owners! Microsoft has a new platform that’s tailor-made for your needs. No, it’s not an affordable version of Office or unlimited cloud-based storage. It’s the new Xbox One.

The company does not at all seem to be joking when it says the upcoming, $499 video game console is “entirely justifiable” as a business expense, and in a blog post it goes on to offer some arguably semi-compelling reasons why you might want to plop one of these in the conference room at your pint-sized company.

Let’s look at each one in turn.

Skype
This is the big one. Skype is increasingly being built in to all manner of consumer devices (including Blu-ray players and TVs), so it makes sense that the Kinect-equipped Xbox would be ready for video chats out of the box. This actually could be useful to small businesses, especially in an environment where you have multiple locations that need to communicate with one another. Two offices with conference rooms connected via Xbox Skype sessions could have a meeting as a unified team. At the very least it would be better than the dreaded conference call. Skype is also an increasingly viable way to ditch landline phone service and make cheap international calls, and while it isn’t feasible to put an Xbox on every desk, if you don’t want to deal with Skype installations for everyone, having a single, central point where Skype is available might make sense.

SkyDrive
The new Xbox One includes integrated SkyDrive support, which Microsoft pitches as a place you can store presentations, to be shown to clients via an Office Web Apps version of PowerPoint – though you’ll need to access them via the included Web browser. If you don’t have a projector or don’t want to (or can’t) connect a laptop to your television, this makes some sense, though it seems like most businesses have long since figured out how to do on-site presentations in a more seamless, simple fashion than dealing with a video game console.

Wi-Fi Direct
I’d wager most business owners haven’t a clue what Wi-Fi Direct is, and I doubt many will undertake the example use case Microsoft posits: “Send your presentation to the TV, use Smartglass to navigate through the PowerPoint presentation, use your tablet to control Internet Explorer.” Sounds like an entirely convoluted thing vs. using a wireless mouse to control a presentation on your laptop.

Internet Explorer and Office Web Apps
Having a Web browser is always handy, sure. As noted above, you’ll need to access Office Web Apps through the browser, so getting to your files is not going to be super convenient. If Microsoft makes Web Apps more easily accessible through the Xbox One, this might be a more compelling argument. As it stands now, I use the web browsers available on my various TV-connected devices about as much as I use my microwave to check the weather.

Future applications
Microsoft hedges its bet by saying it is “entirely possible” that apps a small business may find valuable may come to exist “down the road.” There’s no explanation about what those apps might be, and that’s a bummer. I can certainly think of a bunch – online access to HR training videos that require viewer participation via Kinect, customisable splash screens or screen savers that can be used to welcome visitors to your offices, corporate yoga apps – but Microsoft isn’t ready to go that far. I guess in the end you can always get people together for a friendly game of Halo on Thursday afternoon – am I right, fellas?