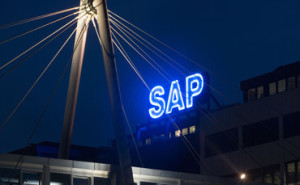 SAP reported revenue growth in the second quarter driven by growth in cloud subscriptions and revenue from support and its HANA in-memory database.

However, the company lowered its growth outlook for software and software-related service revenue for the full year 2013, citing lower software revenue expectations as a result of macroeconomic challenges, particularly in Asia Pacific and Japan, and a rapid transition to the cloud.

Non-IFRS software and cloud subscription revenue in the Asia Pacific and Japan region declined 7 percent, although it was up 18 percent in the Americas, as the company saw strong growth in software revenue in markets in Latin America, particularly Brazil.

SAP said HANA was a major “growth engine” and contributed to €102 million in software revenue, growing 21 percent year-on-year in the quarter. The company continues to expect HANA software revenue to be between €650 million and €700 million in 2013. Strong customer interest in SAP Business Suite powered by HANA which was made generally available in May and HANA Enterprise Cloud, a new hosting service based on the platform, are expected to drive adoption of HANA, it said.