CNME Editor Mark Forker spoke to Robbie Kearns, Area Vice President at Salesforce, to learn more about the key takeaways from its State of Marketing report, how the role of the CMO has evolved – and how marketeers are being forced to do more with less in the current digital economy. 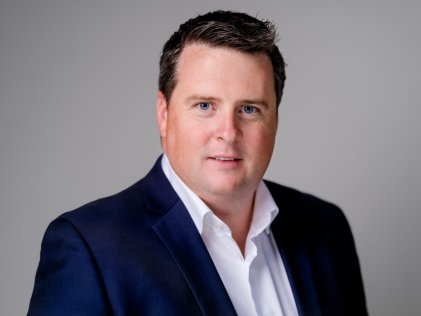 Robbie Kearns has been with global CRM leader Salesforce since 2013, and he is responsible for driving their cloud business across commerce and marketing.

Kearns covers the Middle East, Africa and Israel for Salesforce – and he has played a central role in helping the company expand their market presence across those regions.

CNME managed to secure an exclusive interview with the Salesforce AVP, who is currently located in Dublin.

The first topic on the agenda for our discussion was the 8th edition of their State of Marketing report, the study surveys’ opinion from 6,000 key decision-makers from across 35 countries.

One of the most striking statistics that jumped off the page was the fact that 86% of marketeers in the UAE believe that they are providing more value than they were in the previous 12 months.

“Our State of Marketing report is a very important piece of research for us, and it gives us a really broad insight and overview into the perspectives and views of over 6,000 CMOs, executives and directors. In terms of the findings that have emerged in the UAE, you can see it has yielded hugely positive feedback in relation to how businesses in the country really feel they are driving value for their business. I think the results are a blend of what marketeers do traditionally, those tried and tested routes they employ are still relevant, and I think that coupled with the fact they are adopting nascent technologies is fostering an environment that is allowing them to deliver real value,” said Kearns.

Kearns believes that amidst the backdrop of the current global economy marketeers are being asked to do much, much more with less, and praised the resilience they have shown.

“I believe that marketeers have become more resilient and they have a firm belief in their own ability – and quite frankly they’re being asked to do more with less. It’s also clear that people are tracking more and more through the use of metrics to examine what they have done in the past. Speed to insight has become particularly prominent, and essentially speed to insight allows people to see how quickly they can deliver a message, or how quickly they deliver marketing results,” said Kearns.

Despite the turbulent challenges facing enterprises, Kearns believes that the findings from the UAE give a great sense of hope for 2023.

“When you consider some of the issues that we have faced such as the global supply chain, talent shortage, and the macro-economic situation globally, then it has been incredibly difficult. However, I do believe that the incredibly positive feedback from the report in terms of how marketeers believe they are adding more value from last year has to give us hope for 2023,” said Kearns.

The conversation then shifted to the role of the CMO and how it has drastically evolved over the last 3-5 years.

Kearns believes that in our ‘digital first’ world more and more organisations are coming to the CMO to help solve their problems.

“The CMO role is fundamentally changing, there’s no doubt about that in my opinion. You can see that organisations in the UAE are increasingly going to the CMO, or going to their marketing teams more and more often, because they are the people, rightly or wrongly, that are going to be tasked with the responsibility of meeting the challenges being presented to them by their customers. Customers now in the current climate have more digital first expectations, the consumer is changing, the world is changing, so as a marketing sector we need to change with that,” said Kearns.

Kearns said that this change represents a seismic shift in terms of the function of a CMO, as historically it wouldn’t have been the blueprint of a CMO role years ago.

In terms of the challenges facing CMOs, Kearns said the age-old problem of budgets within marketing is still prevalent, despite the fact we are in now operating in an economy fuelled and driven by digital experiences.

“There remains a lot of issues around marketing, such as budgetary constraints, and as I said earlier, marketeers are being asked to do more and more with less as these economic headwinds continue to get harder and harder against us. Some marketeers like to walk familiar roads, and continue to stick to what they would call the basics. Audio, events and sponsorships, and website/applications have seen the largest increase in usage in the last year by UAE marketers. However, email marketing remains dominant, accounting for over 80% of all outbound marketing messages, according to trillions of message sends from Salesforce Marketing Cloud. With that in mind, you can understand why that is a pragmatic approach to take. However, others are testing new technologies, and as a consequence of that they are having to walk a sort of personalisation, privacy and regulation tightrope. In summary, the role of the CMO has changed, and its importance in responding to ever-evolving customer demands is only going to increase,” said Kearns.

Kearns also claimed that the ‘knowledge gap’ that currently exists is a key challenge facing businesses – but again highlighted the value of its State of Marketing report for identifying these issues.

“As the concerns around these economic headwinds grow, customers are being more demanding, and we are all experts in buying because we are all consumers. With that in mind it is so important that organisations transform their ability to reach and serve those customers. I believe there is a really challenging knowledge gap and in terms of how we address the awareness around the knowledge gap, reports like the State of Marketing are so important,” said Kearns.

Kearns also pointed out that only 19% of those surveyed in the UAE said budgetary constraints were a concern, versus 33% globally – and claimed that was another good indicator and a reassuring statistic that the UAE is going in the right direction.

Kearns highlighted that the top priority that emerged from the State of Marketing report was the experimentation of new marketing strategies and tactics, whilst the top concern was in relation to balancing the personalisation aspect with the customer comfort levels.

“If you take a closer look at the top priority that emerged from the UAE, then we can clearly see a drastic shift to ‘real-time’ being such a big requirement for our customers. It’s just fundamental to them. The launch of Salesforce Genie is huge for addressing that need. I’ve been with Salesforce for 9 years, and it’s undoubtedly one of the most important announcements that we have made with the introduction of Salesforce Genie,” said Kearns.

Kearns said that Salesforce Genie can add more automation, intelligence and real-time to Salesforce Customers 360 – but said the platform’s ability to give customers access to that real-time element was a key market differentiator for them.

“Salesforce is going to market on the fact that through Genie we can provide customers with access to all of this data in real-time from sources like Snowflake and MuleSoft, which allows them to extract any legacy data and can harmonise all that information in order to make all that data actionable,” said Kearns.

Kearns added that the real-time requirement that emerged from the State of Marketing report is the real power that Salesforce can bring to the table.

Salesforce Genie runs on Hyperforce which is the public cloud infrastructure, and all that data control and data residency is built in – and that’s a really powerful announcement for the UAE. That real-time requirement is the standout piece of information that emerged from the report, and at Salesforce, we have the product portfolio to address that need to real-time and are committed to empower our customers who are being asked to do more with less,” said Kearns.