A robot in Singapore has reportedly achieved something humans have never done – assemble an IKEA furniture without having a meltdown. 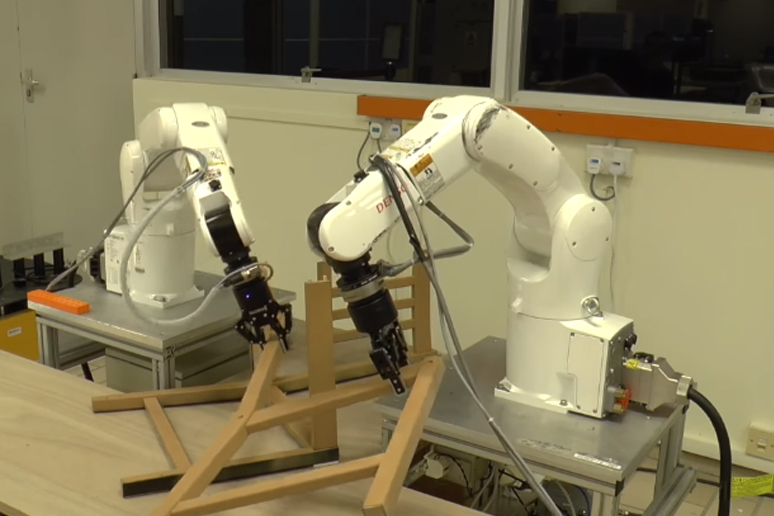 While the industry has made big strides in developing robotic technologies, a lot of robots are still not fit to perform tasks that require fine dexterity.

The scientists spent three years programming the robot – made of arms, grippers, sensors and 3D cameras. The NTU robot was developed to show the best use of dextrous manipulation, “an area of robotics that requires precise control of forces and motions with fingers or specialised robotic hands”.

“We have achieved the low level capability to teach the robot ‘how to do it’ and then in the next five to 10 years, high level reasoning – the ‘what to do’ – could be done too,” one of the researchers Quang-Cuong Pham told Reuters.

The NTU scientists said it may not be long before such robots can fully assemble a piece of furniture from a manual, verbal instruction or by just looking at an image of the finished item.

The construction of the chair was performed in three phases, according to NTU.

The robot had to identify and locate each piece in its area, plan its motions and avoid collisions, and decide how much force was required when attaching the workpieces. The robot used both visual and tactile cues for the operation, along with some heavy coding.

Pham said the team at NTU were looking to work with artificial intelligence experts to try and hone the process.