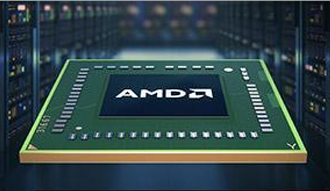 AMD marks a major step towards delivering choice and innovation in the data centre with the launch of the AMD Opteron A1100 System-on-Chip (SoC), formerly codenamed ‘Seattle’. Jointly with its software and hardware partners, AMD is accelerating time-to-deployment of ARM-based systems and driving forward ecosystem support for ARM in the data centre.

“The ecosystem for ARM in the data centre is approaching an inflection point and the addition of AMD’s high-performance processor is another strong step forward for customers looking for a data center-class ARM solution,” said Scott Aylor, Corporate Vice President and General Manager, Enterprise Solutions, AMD. “The macro trend of convergence between networking, storage and servers is an important catalyst in this evolution. Customers now have access to 64-bit ARM processors from the only silicon provider that also has decades of experience delivering professional enterprise and embedded products.”

The AMD Opteron A1100 SoC represents a key milestone for establishing ARM in the data center as well. “The AMD Opteron A1100 processor brings a new choice in scalability across network infrastructure and data centers,” said Lakshmi Mandyam, director of server systems and ecosystems, ARM. “AMD brings recognised expertise in the server and embedded markets, making them an ideal partner to deliver a 64-bit ARM processor with the impressive balance of performance and power-efficiency to address an increasingly diverse set of workloads.”

The AMD Opteron A1100 SoC is powering enterprise-class systems from SoftIron with its Overdrive3000 system for developers, as well as an upcoming lineup of Software Defined Storage solutions taking advantage of the processor’s rich feature set.

“The secret of the AMD Opteron A1100 SoC’s appeal is not just the cores, it’s everything around the cores,” said Norman Fraser, CEO of SoftIron. “If you’ve got an application where you need to move large amounts of data around quickly, you’re going to love it.”

“We are very excited about working with AMD to bring power efficient fabric-based computing to market,” said Ping-Kank Hsiung, Managing Director, Silver Lining Systems. “Combining the efficient AMD Opteron A1100 processor with our unique fabric will help drive down costs and power requirements of hyper scale computing and storage.”

In addition to silicon innovation, AMD has been instrumental in supporting the 64-bit ARM software ecosystem, a critical component to any new processor, and has been working closely with Enterprise Linux leaders Red Hat and SUSE on operating system and application support.