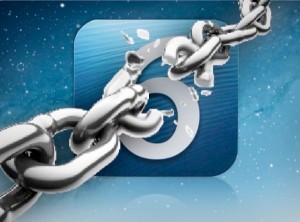 iOS jailbreaks may come and go, but Apple continues to warn that hacking an iPhone and jailbreaking it, while not illegal, may void the device’s service warranty.

The latest jailbreak – the term for leveraging a vulnerability to gain root access to a locked-down device like the iPhone – went public on Monday, when a four-man team going by the moniker “Evad3rs” published one that worked on Apple’s latest mobile operating system, iOS 6.x.

Apple shipped iOS 6 last September, and updated it to 6.1 on January 29.

Record numbers of iOS owners have downloaded the jailbreak, which lets iPhone, iPad and iPod touch owners running 6.x install software from sources other than Apple’s App Store. A list of the jailbreak download sites are available on Evad3rs’ website.

“Wow, Apple *really* doesn’t like jailbreaking,” tweeted MuscleNerd, the nickname of Eric McDonald, one of the four who comprise Evad3rs, referring to the document.

A before-after comparison of the support documents showed only minor editing changes and some rearranged text, and nothing new of substance.

“Apple strongly cautions against installing any software that hacks the iOS,” the document stated. “It is also important to note that unauthorised modification of iOS is a violation of iOS end-user license agreement and because of this, Apple may deny service for an iPhone, iPad, or iPod touch that has installed any unauthorised software.”

The company also warned that jailbreaking may “brick” the device, rendering it worthless. “Some unauthorised modifications have caused damage to the iOS that is not repairable,” Apple claimed. “This can result in the hacked iPhone, iPad, or iPod touch becoming permanently inoperable when a future Apple-supplied iOS update is installed.”

Apple has used the voids-warranty warning since September 2007, just months after the first iPhone went on sale and weeks after the first jailbreaks appeared. At that time, there was no App Store. Owners jailbroke their iPhones to swap the SIM card with one from another cellular service so the phone could make calls on different carriers.

With the iPhone then limited to the U.S., unlocking was the only way consumers outside the country could use the smartphone.

Then-CEO Steve Jobs even got involved in the jailbreaking rumble, telling reporters five years ago, “It’s a cat-and-mouse game. We try to stay ahead. People will try to break in, and it’s our job to stop them breaking in.”

A week later, Apple issued an update that neutered the most popular jailbreak and crippled some users’ iPhones.

Apple hasn’t contested jailbreaks for years, but some updates have the side effect of patching the vulnerabilities used by unlocking software, and forced hackers back to the drawing board.

Jailbreaking an iPhone to install unauthorised applications remains legal in the U.S., but the exemption to the Digital Millennium Copyright Act (DMCA) that allowed consumers to unlock an iPhone for use on another carrier expired last month. It is illegal to jailbreak a tablet like the iPad in the United States.