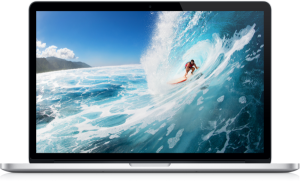 Did you buy a new MacBook recently? If so, Apple has something for you: SMC Updates. There are three separate updates, one each for the MacBook Air, MacBook Pro, and Retina MacBook Pro.

MacBook Air SMC Update v1.9 (1.09MB) is for MacBook Air laptops released in 2012 and 2013. It fixes a “rare” problem where the battery stops working, the battery is no longer recognised, or the system hangs when the battery has a charge that’s less than one percent.

MacBook Pro SMC Firmware Update 1.7 (1MB) is for non-Retina MacBook Pro laptops released since 2012. Apple says that the update fixes a “rare” problem where a battery that has over 1000 charge cycles shuts down or stops working.

The MacBook Pro Retina SMC Update v1.1 may be a scant 504KB, but it fixes a few problems, including Power Nap bug fixes, and a “rare” issue with slow frame rates in games on the 15-inch model. This update is for Retina MacBook Pros only.

All of the updates can be obtained using the links above or by running Software Update. Always back up your data before installing an update, just in case you experience a rare problem during installation.