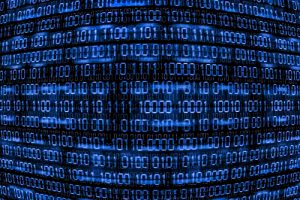 Global SD-WAN provider Aryaka has released its first EMEA edition of the State of SD-WAN Connectivity report that analyses the performance of SD-WAN deployments over the Internet as compared with those delivered over global private networks. The report highlights specific application response times between various European, Middle East, Asia-Pacific and Americas locations, as well as key factors that impact the performance of cloud and SaaS applications.

This research helps IT leaders in Europe, Middle East and Africa (EMEA) to evaluate the best underlying connectivity for their SD-WAN deployments to ensure fast, reliable and consistent performance for all on-premises, cloud and SaaS applications, including voice, video, and data. The report reveals significant differences in both average response times and variations in application response times when comparing the performance between SD-WANs that run over the public Internet, and SD-WANs built on a cloud-native private network, such as Aryaka.

From an EMEA perspective, the performance differentials are significant:

“While the Internet can be acceptable for users accessing cloud/SaaS applications within a region, application performance and user experience can deteriorate significantly when greater distances are involved,” said Jason Wells, Aryaka’s vice president, EMEA and APAC. “For global organisations headquartered in EMEA expecting fast and consistent performance from their cloud/SaaS applications regardless of where they are hosted or where business users are located, the results of our EMEA State of SD-WAN Connectivity report should prove useful. IT leaders in global enterprises must deploy an SD-WAN solution with a cloud-native private network, such as Aryaka, if they want to ensure real-time delivery of their mission-critical applications.”