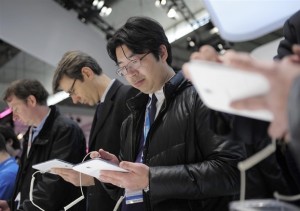 A new Sophos survey has found that the average technology user carries 2.9 devices.

The vendor’s Naked Security site conducted a survey of more than 2,200 users worldwide, asking readers how many devices they carry, and which operating systems they use.

The results were mocked up into an infographic, shown below.

Of the 2,226 respondents, the majority of whom came from Australia, Canada, Germany, the United States, and the United Kingdom, residents of Germany carried the most devices, posting an average of 3.1.

In terms of smartphone operating systems, Sophos found that 40.9 percent of users favoured Android devices, which narrowly beat the 40.5 percent who opted for Apple’s iPhone. BlackBerry, meanwhile, was carried by just 8.9 percent of respondents, and Windows Phone did even worse, making up just 3.4 percent of the share.