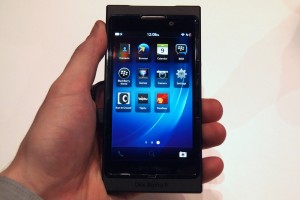 The fledgling Research In Motion may well find that the BlackBerry store could be packed with apps when it launches BlackBerry 10 at the end of January.

The company held an event over the weekend, when it offered app developers incentives to port their programs to the BlackBerry 10 platform. The event managed to attract 15,000 app submissions.

“Well there you have it. 37.5 hours in, we hit 15,000 apps for this portathon. Feel like I’ve run a marathon. Thanks to all the devs!” wrote Alec Saunders, Vice-President of Developer Relations, RIM, in a Twitter message.

The “port-a-thon” event was held in two parts.

One was aimed at Android developers and the other at developers who write apps for other platforms, including Appcelerator, Maramalade, Sencha, jQuery, PhoneGap and Qt.

RIM was offering US$100 for each app ported and subsequently approved for sale in the BlackBerry 10 app store, up to certain limits. Developers could also win BlackBerry 10 development handsets and a trip to RIM’s BlackBerry Jam Europe developer event.

Research In Motion is due to launch the BlackBerry 10 OS and unveil the first handsets to support the platform at a news conference in New York on January 30.