Inery, a layer-1 blockchain programmed for decentralized database management, announced its public first testnet. This marks a significant milestone as it gives a chance for the community to get hands-on experience interacting with the different components of the blockchain. 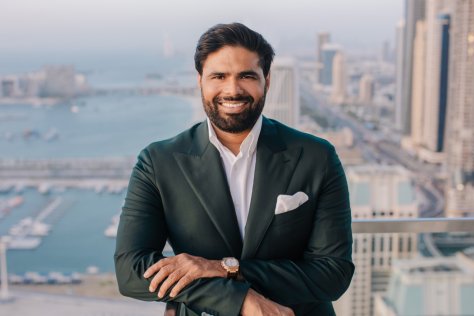 The Inery public testnet will allow developers to test the different functions and features of the blockchain. More importantly, being live with its testnet further means that the platform is now only one step away from its mainnet release. Inery says that it wants to deliver a decentralized experience of database management – an infrastructure that lays the foundation for Web3.

Developers will be able to access the public testnet by registering on Inery’s testnet website. During the sign-up process, developers will also have to register their server to experience the simulation environment by testing the functionalities of Inery.

By participating in the platform’s public testnet, developers will be able to access functionalities including but not limited to creating smart value contracts, transferring $INR tokens, using operations, and even developing smart value contracts for tokens and NFTs. In addition to this, participants will also be able to check blocks, transactions, exchange $INR tokens within the network with the record permanently stored on the database, and register as a producer of blocks.

Dr. Naveen Singh, the CEO and Co-Founder of Inery says, “Our testnet will be a landmark in the blockchain space as we bring database management in convergence with a decentralized layer. The upcoming testnet is a result of the efforts of the entire technical team, who has been working hard for the past two and half years. Despite facing several challenges, the team has continued to fulfil our aim to build an ecosystem that is developer-intuitive and provides limitless opportunities for them to build Web3 dApps”.

To further incentivize the public testnet, Inery is planning to hold activities for developers which consist of completing technical tasks.

On the successful completion of these tasks, developers will be granted $INR token.

With the inputs that will be received from developers all across the world, Inery team will continue to improve the platform based on the feedback received. The testnet is also a testament to the importance of establishing positive feedback loops between future users and developers in order to create the best product possible.

Public testnet shows the importance of community participation as the backbone of a public blockchain, enhancing the technical edge and improving the ecosystem in comparison to private blockchains that rely on a small private team.

A strong community, a bustling ecosystem

Alongside a strong community, the project is led by high-profile individuals with extensive experience in tech and business. This includes Founder of Orange Telecom and ex-chairman of Glencore Simon Murray who recently joined the team as the Chairman.

The project has made considerable progress on the development front since its inception in 2020. Some of the milestones that the project has achieved in a short span include testing core of Inery blockchain API function, value contracts, adding nodes to the ecosystem, testing blockchain deployment on several servers.

Inery is determined to build infrastructure for the decentralized future that awaits us all.