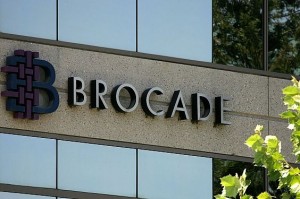 In a suit filed in 2010 against A10 and four individuals including founder and CEO Lee Chen, Brocade charged Chen with creating a company and its products, like the A10 AX Series network devices, using proprietary knowledge from Foundry Networks, a company that Brocade acquired in December, 2008.

Chen was a co-founder of Foundry and was its vice president of software engineering until he left in September, 2004.

In July 2004, while still in the employment of Foundry, Chen set up a company called Raksha Networks which was later renamed as A10 Networks, according to the complaint filed by Brocade in August 2010 in the U.S. District Court for the Northern District of California, in San Jose.

A10 was alleged to have developed, marketed and sold products using the trade secrets of Foundry. Chen determined the features of the “accused products” in the suit while fully aware of the content of the patents in suit, the complaint said.

Hiring the two employees helped A10 come to market with competing products in 2 to 3 years or less, in contrast to the industry norm of 7 to 10 years, it added. Jalan was the named inventor for three patents in the suit.

The jury in its verdict awarded punitive damages against A10 and also personally against Chen, besides returning a verdict for patent and copyright infringement and trade secret misappropriation covering A10’s entire AX Series load balancing server products, Brocade said in a statement.

The jury is said to have found for Brocade three claims of patent infringement in the A10 AX Series line of load balancers, misappropriation of four trade secrets, direct copying of Brocade code, and the employment of an engineer by Chen to work at A10 at the same time as he was working at Foundry, in breach of his contract with Foundry.

A10 Networks in San Jose, California, was not immediately available for comment. The verdict of the jury was not found in court records, nor did Brocade provide a copy.

Brocade charged in its suit that A10 had infringed nine of its patents, which had been assigned to Brocade after the acquisition of Foundry. The company among other things sought injunctions to stop A10 from continuing to violate the patents or selling products that use its trade secrets, and the return of its intellectual property.