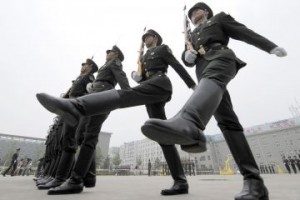 Chinese authorities may be exploiting a security hole in Microsoft Office for Mac to target the Uyghur people, an ethnic group of people who live in parts of Asia and are seeking independence from Chinese rule, according to Kaspersky and AlienVault Labs.

The targeted attacks exploit an old Office for Mac vulnerability (CVE-2009-0563) that was actually fixed over three years ago.

Kaspersky says it has noticed a “significant spike in the number of attacks during January 2013 and February 2013, indicating the attackers are extremely active at the moment.”

Phishing emails have been sent to the Uyghur community that include Microsoft Word documents, which, once open, activate a Mac OS X backdoor that “would initiate a connection with the server, and its “tshd_put_file” function was configured to drop stolen data in the “/downloads/” directory located there”, writes Kaspersky.

The hackers are able to remotely control the computer and spy on its user’s activities.

One of the corrupt files details the “Concerns over Uyghur People’s Fundamental Rights Under the New Chinese Leadership”. The documents can be identified by the author name: “Captain”.

Similar attacks have been reported against other ethnic groups, including the Tibetan people and Uighur activists.