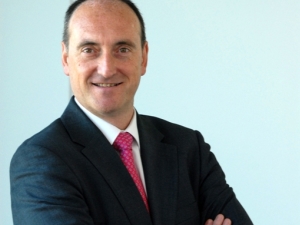 BT Global Services CEO Luis Alvarez said that CIOs are in a privileged position to become chief executives because of the opportunity that comes from “understanding the technology and understanding the business processes”.

The former CIO, who has worked for IBM and had IT management positions at Spanish banks Santander and Banesto, was speaking at the Economist’s CIO Forum in London earlier this week.

“It’s absolutely true that CIOs have end-to-end visibility,” he said. “From customer interactions, to supplier interactions to the way that business processes work.

“This is why I moved from being a CIO to being a CEO now. That change was possible because I was able to understand that it was technology that was going to enable the new way of doing things. We can be disruptive with technology.”

Alvarez explained that he was frustrated by the reporting lines and perceptions of the CIO at some organisations.

“You should be proud of being a CIO. I hate it when I see the CIO reporting to the CFO; the vision that the CIO can provide the organisation is absolutely unique so we need to make CIOs fulfil their role in a way that its value is shown.”

Gaining support and instilling confidence across the whole business is also a necessary mandate for modern CIOs, Alvarez explained.

He said: “It’s critical you have the support of the CEO, but it’s also a challenge to make sure all the business owners understand the role of IT. That’s one of the things my current CIO told me recently.

“Another issue is to show the value of IT to the lowest levels of the organisation. Don’t just go the managers, talk to the people who are really doing the job; check what the small things are that can make the most change.”

Although Alvarez said that CIOs are now in a privileged position with opportunities to move up the ranks, having a technologically-savvy CEO has it’s own problems.

“I am a pain for my CIO,” Alvarez said. “I have an advantage because I understand the technology and its challenges, but I also understand the opportunities it provides.

“But it’s better to have a CEO who is a pain than a CEO who doesn’t understand.”