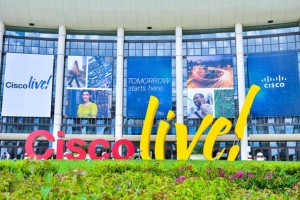 Cisco today unveiled its vision for the next-generation data centre, which it calls application-centric infrastructure.

The networking firm said its architecture aims to transform data centres to better address the demands of new and current applications in the cloud era.

Accelerated to market by the company’s investment in Insieme Networks, this transformation requires an open, programmable and automated infrastructure that is ready to handle the challenges of cloud deployment models and today’s Big Data applications, Cisco said.

Application-centric infrastructure will provide IT with the ability to quickly deliver business applications to end-users with a simpler operational model, scalable secure infrastructure, and at optimised cost, it added.

According to Cisco, application-centre infrastructure involves a number of attributes which dictate what is in store for the next-generation data centre. One of which is application velocity, allowing any workload, anywhere. Application deployment time will be reduced via fully automated and programmatic network infrastructure, Cisco said.

Another is a common open platform for physical, virtual and cloud infrastructure.  The architecture will provide complete integration across physical and virtual applications normalising endpoint access while delivering flexibility of software and performance, scale and visibility of hardware across multi-vendor virtualised, bare metal, distributed scale out and cloud applications.

It also offers a systems-based architecture; a holistic simplified approach with the integration of infrastructure, services, and security, coupled with real-time telemetry and extensibility to future services.

Furthermore, common policy, management and operations, along with open APIs, open source and multivendor, are all part of Cisco’s data-centre vision.

With Cisco’s updated Nexus portfolio, it evolves its unified fabric offering to include simplified provisioning, better management, and new switches.