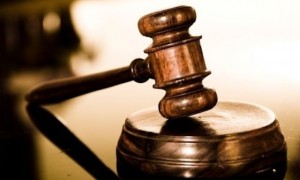 A jury in Texas has found that Cisco Systems did not infringe four patents held by VirnetX Holding, according to court records.

The jury in the U.S. District Court for the Eastern District of Texas, Tyler division, however, found in its verdict on Thursday that all the listed claims of three patents owned by VirnetX are valid.

VirnetX said the jury decision will not deter its licensing efforts to 4G LTE mobile markets. “While we are disappointed that the Jury did not find infringement in our suit with Cisco, we are pleased that the Jury found our patents to be valid,” it said in a statement. Cisco could not be immediately reached for comment.

The case against Cisco dates back to 2010, when VirnetX filed a lawsuit against Cisco, Apple and others alleging that their products infringed some of its patents. The company in Zephyr Cove, Nevada, describes itself as an Internet security software and technology company with patented technology for secure communications including 4G LTE security.

VirnetX was awarded US$368 million in damages from Apple by a jury in November last year for alleged infringement of VirnetX patents by Apple’s VPN On Demand and FaceTime. In February, the court refused Apple a new trial on the liability and damages portion of the verdict, and a reduction in damages, while also denying VirnetX a permanent injunction on some Apple products.