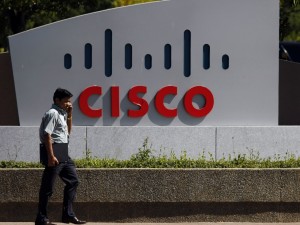 Cisco has overtaken IBM as the leading provider of infrastructure for cloud computing, analysts at Synergy Research reported on Monday.

Synergy says there was a $9.7 billion market in the first quarter of 2013 for hardware to support either service providers building public clouds, or businesses building private clouds. But the market faces headwinds as providers are increasingly looking to buy cheap, commodity hardware and enterprises are opening up to the idea of outsourcing their operations to vendors, which combined reduce the need for hardware from traditional vendors.

There’s also been a shift in spending habits to focus on the networking functions in the cloud, which propelled Cisco to overtake IBM as the top supplier in this market, despite Big Blue hitting a two-year high for supplying cloud equipment in the fourth quarter of last year.

Compute server sales dropped somewhat on a year-over-year basis in the first quarter to represent 46 percent of cloud equipment sales, while networking and storage equipment each made up about a quarter of the market. The slip in compute servers being sold negatively impacted IBM and HP’s standing as the top providers for cloud equipment.

“Cisco has been steadily and consistently building its share in this market and now finds itself in the leadership position,” said Jeremy Duke, Synergy Research Group’s founder and chief analyst in a press release announcing the results of the organisation’s quarterly review of cloud infrastructure marketing selling.

The rest of the $9.7 billion market broke down as follows in terms of market share for individual providers:

Legacy equipment vendors face challenges ahead though. The onset of the Open Compute Project, led by Facebook and supported by other hyper-scale data centre users like Rackspace, are increasingly buying and assembling hardware themselves from original design manufacturers, and not from proprietary vendors like Cisco, IBM and Dell. Additionally, enterprises are outsourcing more of their compute workloads to cloud providers, slowing the need for them to buy hardware equipment themselves.