Cisco Systems plans to lay off approximately 7 percent of its global workforce, in a restructuring that will see it further focus on hot IT areas such as the internet of things, security, collaboration, next-generation data centres, and the cloud. 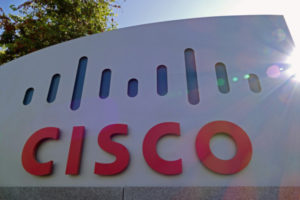 The move will cost the company around $700 million in redundancy payments to the roughly 5,500 staff who will be out of jobs in the coming months. The layoffs will hit some of Cisco’s smaller and more mature business areas where long-term growth prospects are low, the company said.

“We expect to reinvest substantially all of the cost savings from these actions back into these businesses and will continue to aggressively invest to focus on our areas of future growth,” Cisco said in a statement.

The job losses are lower than those first feared after a CRN report on Tuesday claimed around 14,000 staff would be laid off.

Cisco coupled the announcement with its fourth-quarter earnings report.

It said revenue for the quarter fell 2 percent to $12.6 billion, while net income rose 21 percent to $2.8 billion.

Excluding Cisco’s service provider video business, which was sold to Technicolor in July, revenue would have been up 2 percent.