Creative Commons co-founder Lawrence Lessig has filed a complaint in a U.S federal court after he was forced to take down a YouTube video of his lecture which included clips that depicted groups of people dancing to a copyrighted song. 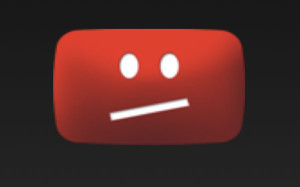 The complaint filed by Lessig with help from digital rights group Electronic Frontier Foundation is likely to be a high-profile test of the “fair use” doctrine in the reuse of copyrighted material online.

Creative Commons is a nonprofit organization that has created a variety of liberal licenses to promote the sharing of copyrighted material.

Lessig, a professor at Harvard Law School, delivered a lecture on the present and future of cultural and technological innovation in June 2010, at a Creative Commons conference in Seoul, South Korea. The lecture included clips of amateur music videos, which depicted groups of people dancing to the song Lisztomania, by a French band Phoenix, according to the complaint filed Thursday in U.S. District Court for the District of Massachusetts.

The Lisztomania copycat video phenomenon started when a YouTube user, called “avoidant consumer,” posted on YouTube a video combining scenes from several movies, with the Lisztomania song as the soundtrack to the video, the complaint said. YouTube users in other parts of the world created their own versions of the video, with real people playing the roles of the actors in the original movies, and again with Lisztomania as the soundtrack, it added.

Lessig included the clips in the lecture to “illustrate how young people are using videos and other tools to create and communicate via the Internet.”

The video of the lecture was posted on YouTube in June this year, and by June 30, Lessig received a notice from YouTube that the video posting of the lecture had been identified and blocked as having content owned or licensed by Viacom in line with YouTube’s filtering procedures. YouTube restored access to the video after Lessig filed a notice disputing the block, according to the complaint.

Around June 30, Liberation Music in Melbourne, Australia, also submitted a takedown notice to YouTube under the Digital Millennium Copyright Act, demanding the removal of the video as it allegedly infringed a copyright owned or administered by Liberation Music. On June 30, Lessig was sent an email by YouTube, informing him that the video had been removed. He filed a counter-notice to YouTube who forwarded it to Liberation Music, who in turn threatened to sue him in the Massachusetts court if he did not retract his counter-complaint, which Lessig did.

The EFF on behalf of Lessig has argued that “use of the clips in question, particularly in the context of a public lecture about culture and the Internet, is permitted under the fair use doctrine and, therefore, does not infringe the defendant’s copyright.” The use of the copyrighted material by Lessig was minimal and for non-commercial purposes and was also transformative as the purpose was no longer entertainment but educational. The lecture video did not cause any market harm as it was “not a market substitute for a sound or video recording of the song ‘Lisztomania’ and the lecture did not harm any market for the song,” according to the complaint.

Liberation Music did not immediately respond to a request for comment. Its automated reply to email states, among other things, that YouTube’s Music Match service creates copyright claims automatically based on its copyright ownership. “Unless you’re advertising a product or using our music for something we wouldn’t reasonably agree to, this automated claim will not have any negative effect on your account !” It adds that if an automatic claim is disputed, it will cause removal of the video.

Lessig has asked the court for a declaration that the publication of the lecture video is protected under the fair use doctrine, and also asked for damages