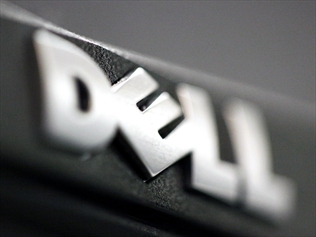 Dell has recently formed a new business unit which will cater to the “second tier” of hyperscale customers — those with similar needs to those of Google and Facebook but who aren’t quite as massive.

Similar to the big hyperscale players, many of those companies deploy huge volumes of x86 server hardware, and the performance of their IT is core to their business.

“These companies are not quite hyperscale but nonetheless are massive in scale and growing rapidly,” said Brian Humphries, President, Dell, for enterprise solutions sales and strategy.

They have similar hardware needs to the Googles and Baidus of the world but typically don’t have massive internal engineering organisations with the know-how to design their own servers.

The DSS group will work with those customers to help them select semi-custom hardware that won’t necessarily be unique to them but will be different from general purpose servers and better suit the applications they’re running.

DSS is about the delivery model as much as the products. These fast growing companies experience spikes in demand and sometimes need extra capacity in a hurry, and Dell says it will be able to deliver thousands of servers at short notice when needed — presumably with an extra delivery fee attached.

It will develop new hardware for these second tier hyperscale customers, starting with servers that it plans to sell in the fourth quarter designed mostly for customers in China.

Dell is trying to replicate the success of its Data Centre Solutions division, or DCS, which has been formed eight years ago to target big hyperscale customers. Dell was the first big server OEM to have such a business, and it performed well at a time when the PC side of Dell’s business was struggling.

Other players have since caught up, however. Hewlett-Packard, for instance, is also targeting hyperscale customers through a partnership with Foxconn to deliver very low cost cloud servers.

Dell completed a tough battle to make itself a private company two years ago, making it hard to know how its business is performing financially. But according to market share figures from IDC, it’s doing well. Dell was number two in the worldwide server market last quarter, with 18 percent of server revenue, behind HP’s 25 percent. Dell grew faster than HP, however, and could well benefit from disruption at HP when it breaks into two companies this year.