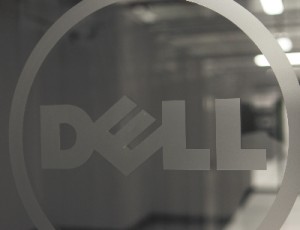 Fresh off the acquisition of a company that specialises in helping customers manage resources across multiple public clouds, Dell said it is “refining” its own plans to build a public cloud based on OpenStack.

Dell has said for the last year or so that it plans to build a public cloud based on the open-source cloud platform OpenStack, a project the company is an official member of. But, recent moves by the company could be part of a broader shakeup of the company’s cloud plans, including for its OpenStack-powered public cloud.

Just this month, Dell bought Enstratius, a company that specialises in managing resources across multiple cloud platforms. Dell has also recently partnered with OnApp, which makes a platform for companies to launch their own public cloud services. Combined with a potential buyout to take the company private, some initiatives within the company may be in flux. Adding to the uncertainty, some members of the team working on an initiative to build a public cloud based on OpenStack have recently left the company.

Dell’s plans for an OpenStack-powered public cloud have experienced fits and starts. There have been reports that Dell has been testing it in beta, but the recent departure of several employees working on the project have some believing that the project is in jeopardy.

A Dell cloud official said earlier this year, though, that it was waiting for the OpenStack project to mature and that its public cloud may not be ready until at least the end of 2013. If Dell does decide to follow through with its plans for an OpenStack-powered public cloud, it would join HP and Rackspace as being brand-name tech companies with OpenStack public clouds.

Dell has been working on the OpenStack project for about the past two years, and has focused much of its efforts on creating a way for customers to launch private clouds on their own premises, using a combination of Dell servers, along with an OpenStack software distribution from Ubuntu, and Dell management software named Crowbar for implementing the service. There’s no indication Dell is cutting back its plans to offer OpenStack private cloud solutions. Dell also remains an active member of the OpenStack project, including one of its workers sitting on the OpenStack Foundation’s board of directors.

Dell already has an infrastructure as a service (IaaS) public cloud offering, based on VMware vCloud, which is a multi-tenant cloud hosting options housed Dell data centres. The OpenStack-powered public cloud that has been in development was seen as a complementary offering to the company’s VMware cloud.

Mark Levitt, an analyst with Strategy Analytics, says given the pending discussion about the company’s potential buy-out and plans to go private, many initiatives within the company may be “in a holding pattern.” Some aspects of Dell’s strategy have been successful, such as the Dell Boomi cloud, which focuses on integrations between private and cloud-based resources, but any new initiatives are likely being examined very carefully. Given that OpenStack is still a developing technology, it wouldn’t be surprising for Dell to take a more conservative approach compared to an aggressive one on that front, he says.

Krishnan Subramanian, an analyst at Rishidot Research who tracks the OpenStack market, says if Dell is mixing up its cloud plans, and perhaps even dropping plans to build an OpenStack-powered public cloud – and he has heard rumors to that effect – then it would be more of a commentary on Dell’s strategy, rather than a black eye for OpenStack. “This has everything to do with Dell’s internal problems, than the platform” he says.