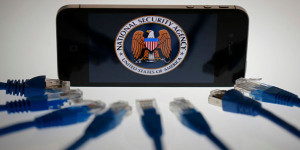 The U.S. National Security Agency was developing a software implant in 2008  for Apple iPhones that allowed the agency to take almost total control of the device, including retrieving text messages and voicemail and remotely turning on its microphone and camera, according to a report by Der Spiegel.

The implant, code-named DROPOUTJEEP, was “in development” and initially intended for “close access” installation on a phone, with remote installation being planned for a future release, according to an alleged NSA document dated 1st October 2008, that Der Spiegel included in a graphic with its recent NSA report.

DROPOUTJEEP’s other capabilities included remotely pushing and pulling files from an iPhone, retrieving the phone’s contact list and identifying the device’s location and the location of the nearest cell tower, the document said. The implant could do all this without the phone user’s knowledge, over SMS or a GPRS data connection. All the software implant’s communications would be “covert and encrypted,” the document said.

GPRS was a pre-3G mobile data technology with speeds much lower than today’s LTE networks. The first-generation iPhone was introduced in 2007, and the iPhone 3G came out in mid-2008.

The alleged NSA document describing DROPOUTJEEP was included in an interactive graphic published alongside a 30th December Der Spiegel report on a special hacking unit of the agency, which reportedly intercepts deliveries of computer equipment and installs spyware on it before it’s delivered to the recipients. The report cited internal NSA documents that Der Spiegel said it had viewed. The graphic included links to numerous documents about technologies that the hacking unit developed for infiltrating servers, firewalls, routers, wireless LANs, PCs, peripherals and cellphone networks.