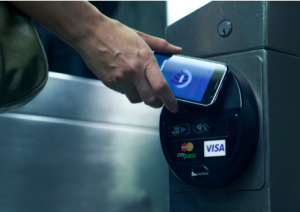 Gemalto has published the results of a street survey conducted amongst Dubai residents, revealing an overwhelming appetite for using contactless technologies not only with their banking cards, but also directly from their mobile phones, using near field communication (NFC) technology.

According to the survey, this enthusiasm extends beyond the replacement of cash and encompasses a host of other applications such as public transport access, loyalty schemes and e-tickets for major music and sports events. Moreover, the survey suggests the younger generation is most likely to kick-start this new era in speed and convenience — transforming the UAE’s deep-rooted attachment to notes and coins.

A change is on the cards

The most significant finding is that 80 percent of all the respondents said they would either ‘like’ or ‘love’ the opportunity to use contactless banking card technology on a regular basis. Even more popular was the possibility of multi-application cards, which support both payment and contactless transit ticketing in one single card, doing away with the need to carry numerous different cards for everyday activities such as shopping and commuting.

Being able to have a multi-function card was particularly popular amongst the younger generation aged 18-24 years old, currently the most frequent users of public transport.

The survey results suggest that this younger age group — widely recognised for willingness to adopt new technologies and many of which do not yet have payment cards — would easily leapfrog to contactless banking cards. This is an interesting finding for UAE’s banks and financial institutions, which can look into the contactless feature as an effective way to draw the younger generation into the world of mainstream banking.

The large majority of respondents (87 percent) also recognised contactless payment as a way to streamline everyday activities by shortening waiting queues at the tills when shopping or commuting.

The age of Mobile NFC

When it comes to using contactless technology on mobile phones, 85 percent of those surveyed said they would ‘like’ or ‘love’ to use their handset as a contactless payment method for goods and services. Payment applications in shops and at vending machines ranked the highest, yet other popular mobile contactless applications cited included e-Loyalty programmes to automatically collect vouchers and discount at shops and safeguard them on a mobile wallet.

NFC e-ticketing also emerged as a favourite, reinforcing the support for RTA in Dubai, which is in the process of deploying an application with leading mobile operators in the region. The ability to download e-Tickets for theatres, concerts and sporting events, together with mobile NFC based identity and access badge in the working place, rounded up the top five most desirable mobile contactless applications.

Seventy-two percent of the respondents saw no obstacle at all in the use of mobile NFC, and only five percent cited concerns over security as an obstacle to using contactless payment. People are also getting more aware of the technology, with only 16 percent of respondents saying they had never heard of it before.

“The feedback suggests that the momentum behind contactless payment technologies in the Middle East is reaching a tipping point, and it is no longer an “if”, but rather “when”, it will become a part of everyday life,” said Eric Claudel, Senior Vice President of Telecommunication, Gemalto ME.

“Historically, the region has retained a strong attachment to cash — over 75 percent of transactions are completed in this way. With ABI research forecasting that 85 percent of payment terminals will be contactless-ready by 2016, soon the gentle tap of a phone or card will increasingly provide a truly compelling alternative for consumers over their long held attachment to notes and coins.”