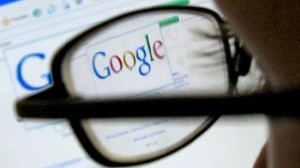 European privacy authorities have threatened action before the Summer to curb Google’s collection, combination and storage of its users’ personal information.

The E.U. has apparently grown impatient with the company’s failure to respond to its criticisms of a revised privacy policy.

An action plan was drawn up last month, and will be submitted for approval next week at a formal meeting of the Article 29 Working Party (A29WP), which brings together data protection authorities from across the European Union.

The A29WP’s members wanted more time to complete their examination of the policy changes Google had proposed. Google refused to wait, prompting the A29WP to ask the French National Commission on Computing and Liberty (CNIL) to conduct a full investigation. It exchanged several letters with Google seeking clarification of the company’s policies before finally publishing its report on October 16.

That report stopped short of asking Google to undo all its changes, but said that in order to comply with E.U. data protection regulations, Google should provide users with more information about its policies, stop combining information from different sources when it is not legally justified, and guarantee to delete personal data after set periods.

Last October, CNIL president Isabelle Falque-Pierrotin said she expected Google to make a commitment to change its policy “within three or four months,” failing which she expected that a number of national data protection authorities would take action. The A29WP set no firm deadline for Google to take action, however, leaving it to national data protection authorities to decide whether to take regulatory or legal action.

On Monday, though, the privacy regulators seemed less patient.

“After a four-month deadline that was granted to Google in order to comply with the European data protection regulation and to implement effectively [A29WP] recommendations, no answer has been given,” CNIL said Monday.

“On February 18, European data protection authorities have noted that Google did not provide any precise and effective answers to their recommendations. In this context, the E.U. data protection authorities are committed to act and continue their investigations. Therefore, they propose to set up a working group, led by the CNIL, in order to coordinate their repressive action which should take place before the summer.”

Google insisted that it had replied to CNIL in January, but neither party immediately responded to requests for an explanation of the discrepancy between their stories. Given CNIL’s criticism of Google’s previous responses as evasive or incomplete, the most likely is that Google did indeed reply, but that its answers were not precise or effective enough to satisfy CNIL.

Google Global Privacy Counsel Peter Fleischer was clearly in no mood to write any last-minute replies, however. He spent the weekend writing a post for his personal blog in which he accused European privacy laws of being quixotic, hopelessly vague and innovation-inhibiting.