Ford is bringing its fleet of self-driving cars to the streets of Miami with a focus on services such as delivery and ride-hailing through its partners Domino’s Pizza and Lyft. 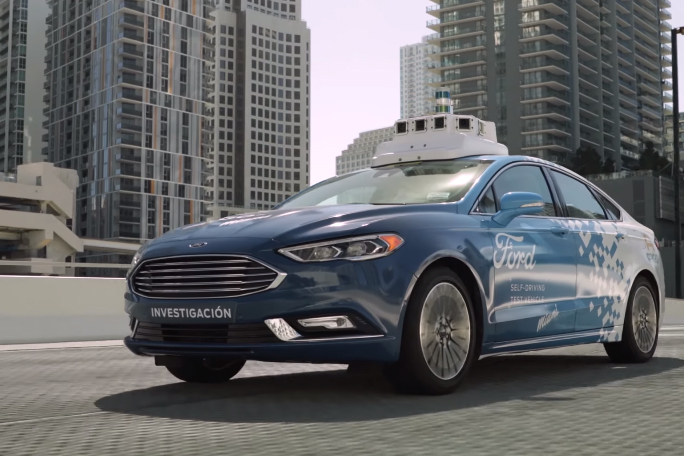 Ford said on Tuesday it has launched a pilot delivery programme in Miami with Domino‘s, and next month will add goods delivery startup Postmates, said Reuters. The automaker said it is developing a revenue-sharing model with its partners, for whom it will provide fleet-management services.

The car-maker’s business model takes on a different approach to most other companies. Rather than focusing on just the self-driving technology, it is trying to work out how to monetise self-driving cars in a modern-day city.

Ford plans to provide a self-driving vehicle service to multiple partners, who in turn would offer it to their customers under their own brand names. A Lyft customer, for instance, could schedule a ride from a Lyft mobile phone app in a Ford self-driving vehicle.

“We will make money through utilizing the vehicle and the revenue that the vehicle generates for every mile it’s operating,” Sherif Marakby, Ford’s vice president of autonomous vehicles and electrification, said in an interview.

That model could include a revenue split with the partner, and additional revenue from streaming digital services such as infotainment, advertising and e-commerce into the vehicle.

Ford said the mixed-use model – transporting people and goods – offered a better chance of keeping its vehicles operating throughout the day, and thus maximising potential revenue.

Jim Farley, president of Ford Global Markets, said the company is designing a unique self-driving vehicle from the ground up, which it intends to begin producing in 2021.

The vehicle will be flexible enough to carry people, goods or both, and will be powered by a hybrid gasoline-electric powertrain to provide good range and minimise the downtime required by pure electric vehicles.

Marakby said Ford, working with its affiliate Argo AI, is deploying self-driving Fusion sedans in Miami and will add vans and SUVs as it rolls out its pilot program to other cities.