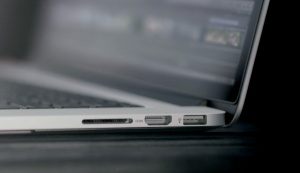 According to Gartner, by the end of next year, Apple laptops and notebooks will be just as accepted by IT professionals as Windows-based ones.

Driven by Apple’s efforts to make its OS X operating system more compatible with the iPhone’s, iPad’s and iPod Touch’s iOS, more consumers will bring OS X devices to work where IT will have to deal with them, says David Mitchell Smith, a vice president and Gartner Fellow.

He points to Launchpad, which displays the application folder in OS X Mountain Lion machines like the home pages of iOS devices, as an indicator that Apple is trying to make the two platforms more alike. He also notes that Apple is standardising application names across iOS and OS X as evidenced by renaming iCal and Address Book applications to Calendar and Contacts, respectively.

Smith says the MacBook Air, in particular, as a device that will arrive in corporate settings more and more as it grows in popularity.

IT departments have already been forced to accept iPhones and, in fact, they are better accepted than Windows Phone 7 phones are among corporate IT staff, he says. With security improvements with Windows Phone 8, though, IT departments are starting to prefer Microsoft phones, Smith says.

With Windows 8, Microsoft has the potential to cut into iPhone and iPad markets, and the Microsoft alternatives hold interest among Windows shops, he says.

None of this means Apple will supplant Microsoft in business networks, he says. Microsoft caters to corporate customers and has well established relationships with them. The company will continue to develop products that will appeal to that base, he says.

While the general attitude of IT pros toward Apple will improve, “they’ll never get as excited as they are about Microsoft,” Smith says.

While Apple is riding a wave of consumerisation of IT, Microsoft’s inroads will be based on existing relationships with enterprises and the management platforms its Windows Phone and Windows 8 devices support, he says. Apple will continue to benefit from consumers bringing its products into the workplace, whereas Microsoft will rely more on getting its products in via corporate purchases, he says.

One byproduct of this injection of multiple operating systems into the corporate environment is a predicted shift toward hybrid mobile applications that support more than just one platform, Gartner says.

By the end of 2016, more than half of all mobile applications used by businesses will be hybrid. That means businesses should shift their application strategies toward developing a single application code base that can be shared by Web, hybrid and native applications, says Van Baker, a Gartner research vice president.

That could take the form of HTML5 application code wrapped within containers that adapt the applications to different platforms, he says.