Google has cut the price of the Nexus 4 in handful of countries including the U.K. and the U.S., where the smartphone now costs from $199. The aggressive drop signals Google wanting to preempt the arrival of a cheaper iPhone. 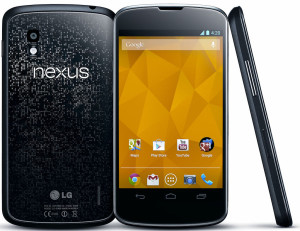 The price drop comes at an interesting time for the smartphone market. Google-owned Motorola’s comeback device the Moto X has just gone on sale in the U.S. and Apple is expected to launch new phones in less than two weeks.

“Google is keen to put the pressure on Apple ahead of the launch of a new cheaper iPhone model. It wants to get ahead of the hype,” said Ben Wood, director of research at CCS Insight.

“[Apple’s launch] likely contributed to the timing. Vendors usually cut the price of their phones after a couple of quarters,” he said.

At the same time, the price cut also puts pressure on other makers of Android-based devices, including struggling HTC and Motorola. Staying competitive in the smartphone market while getting on with its partners is a delicate balancing act for Google, according to Wood.

The Nexus 4 was announced in October last year. It has a 4.7-inch screen with a 1280 x 738 pixel resolution. Under the hood, the device has 2GB of RAM and either 8GB or 16GB of integrated storage.

“It hasn’t made the impact I expected, but the Nexus smartphones have always attracted the geekier end of the market, while average consumers gravitate towards the more well known brands,” Wood said.

In the beginning the Nexus 4 was plagued by a lack of stock, which led to a war of words between Google and its manufacturer, LG Electronics. Price cuts usually also signal the imminent arrival of a new model, and a new Nexus smartphone with LTE should arrive soon, according to Jeronimo.

On Wednesday, the new Nexus 7 became also available outside the U.S. The tablet’s main feature is an upgraded 7-inch screen which has a 1920 x 1200 pixel resolution.